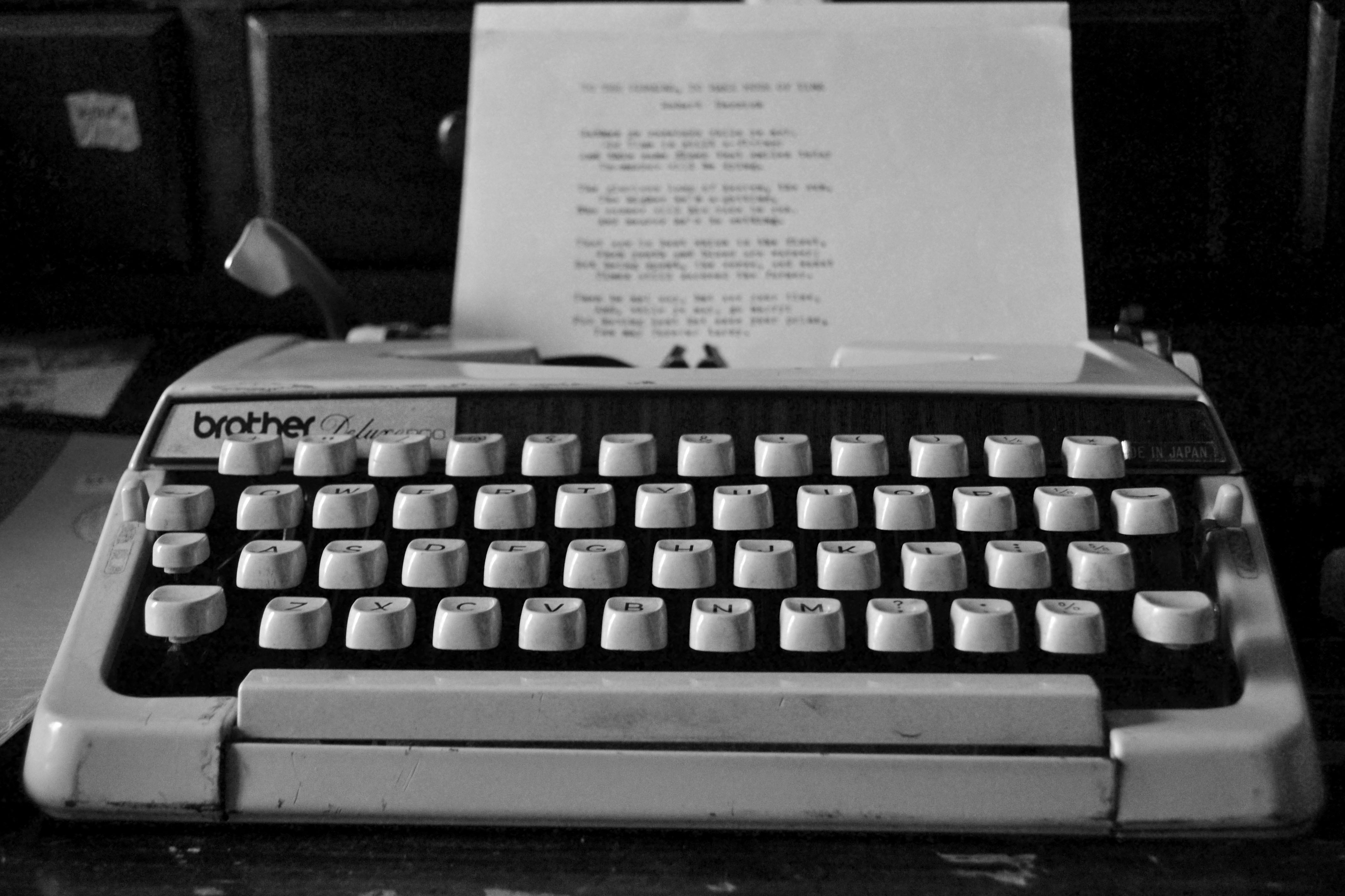 By: James Cook in Book Writing and Editing

Before you start writing a book, I have a question for you. Which is more memorable? That mid-February tenth-grade class when you finally got polynomials, or the summer vacation when your sister got stung by a jellyfish? Story is as inherent to the human condition as language. You might say we developed language just so we could tell stories. From tales as old as time to modern parables, great stories help us learn, remember, and spark our imaginations. But stories require care and craft. Whether you’re writing a book, fiction, memoir, or how-to, here are keys to creating compelling stories that fully engage your audience far better than polynomials ever could:

1. Make Your Characters Suffer When Writing Your Book

Novelist Steven James once visited an elementary school classroom to discuss storytelling. While many kids are used to writing about what they did over summer vacation, Steven asked a different question. “What went wrong over summer vacation?” One kid’s hand darted up into the air.

“My cousin was sleeping over, and we decided to see who could jump the furthest from the top bunk.”

“Well, I jumped first and got pretty far. But my cousin was determined to beat me. So, he stood up, but, as he jumped, he forgot about the ceiling fan . . .”

Steven James calls this “the ceiling fan principle.” More than just the classic one-time inciting incident that ignites your protagonist’s adventure, the ceiling fan is the unexpected element that catapults the story into compelling adventures. It works in fiction as well as nonfiction, and you find it by asking, “What could make this worse?” or “What went wrong?” In Jack London’s short story “To Build a Fire,” it was the man dropping the flaming matches in the snow while the nighttime temperature plummeted to minus sixty. In The Sound of Music, it was the Nazis escorting the Trapps to the music festival when they were trying to flee the country.

While it sounds negative, focusing on the worst that could happen lets you find areas that allow your protagonist to shine through adversity.

What happened to the cousin who jumped into the ceiling fan? You’ll just have to wait. That’s tension, and it’s what keeps you turning the pages of your favorite book, or makes you want to fast-forward to the end of the movie.

Nothing kills a story faster than the perfect people in a happy town where nothing goes wrong. The opposite is true in Stephen King’s Storm of the Century, where we learn the idyllic seaside town is riddled with many hidden sins and one dark secret. King hints at this secret early on but reveals nothing until the climax.

Tension takes practice, and it requires a level of awareness to weave this subtle thread throughout the story when you're writing a book. Here’s a quick scene without tension:

Doug closed the door behind him.

“How was your day?” Janet asked from the kitchen.

“Fine.” Doug set his briefcase down and stepped into the kitchen. “What’s for dinner?”

Janet was hovering over the center island placing cookie dough on baking sheets. “Oh, I thought you could order pizza. I have that thing. Remember?”

Booooring. This is a normal scene that no doubt plays out in dozens of homes every night. But what if we add a little subtext:

Doug slammed the door behind him.

“How was your day?” Janet asked from the kitchen.

“Over.” Doug dropped his briefcase and slunk into the kitchen. “What’s for dinner?”

Janet was hovering over the center island placing cookie dough on baking sheets. “Oh, I thought you could order pizza. I have that thing. Remember?”

“The committee fundraiser? Sure. I bet you do.”

All that changed was a few verbs and a hint of allegation in the last statement. This is not prize-winning prose, but, just by shifting the words, we’ve made something drab more interesting. Why is Doug upset? Where does he think Janet is really going? Where is she going?

Tension can be internal—a battle with self-doubt or anxiety—or external such as a weather event, an argument, unspoken awkwardness, or escalating action.

If your protagonist has any internal conflict—a fear of heights, for example—then the tension could be a series of scenes that demand she face it. An early scene might depict her feeling nauseous standing near a high-rise window. A later scene could then end with her facing a dilemma: take the country road and arrive too late to save her fiancé, or take the mountain pass with its sheer cliffs.

External tension is more obvious, but it can add to or reflect internal tension. In Charles Martin’s The Mountain Between Us, two lone survivors of a plane crash, Dr. Ben Payne and Ashley Knox, struggle with frigid temperatures, snow storms, and serious injuries. Martin leads us through a series of scenes where things get progressively worse. At the same time, the characters wrestle with their feelings for each other, though they are both in committed relationships. As the elements rip them apart, their feelings draw them together. Martin accomplishes constant tension by delicately balancing the darkness of their situation with the hints of their growing love, without delivering a conclusion to either for many pages. Of course, things can go wrong, and you can create all the tension in the world, but if we don’t care about the characters, why should we bother reading at all? I call this the Superman Syndrome.

Superman was first released in 1938. It immediately captured the hearts and imaginations of thousands of children. But readers soon bored of Superman. Here’s a perfect, honest, invincible man delivering easy beatdowns against average criminals. Who will win in this issue? Superstrong, bulletproof alien, or the gang leader?

Realizing the problem, Action Comics eventually created vulnerabilities in Superman and humanized him. They created a love interest and the conflict with revealing his true identity, and they invented a plot device that could kill him: kryptonite. With Superman appearing more mortal, readers once again clambered around newsstands to read about his latest adventure.

When you're writing a book, whether real or fictional, your characters need to have a depth and vulnerability that makes them, if not likable, certainly relatable and identifiable. When a reader cares about a character, they care about what happens to her. This not only sets the stage for telling the reader what your hero is feeling, but can have the reader smiling and crying with her.

This works for an anti-hero like Katniss Everdeen in The Hunger Games. Katniss cares only for her family, her friend Gale, and fleeing the tyrannical government that rules her district. But when her sister Prim is selected for the annual Hunger Games—a certain death sentence for such a meek girl—Katniss volunteers in her place. Katniss isn’t especially likable, but we gain an understanding of why she’s this way. Her father was killed in the coal mines, and his death drove her mom insane. With her mom nearly catatonic, Katniss becomes the provider at an early age. No wonder she’s cynical and doesn’t much care for anyone else.

With understanding and identification with similarities between the characters and the reader, empathy is created. Katniss’s pain and anguish, as she faces feelings for another tribute and struggles to survive while people are killed, are felt by the reader. Even though we may not like her, we still cheer for her.

When you're writing a book, consider the weaknesses of your characters and consider bringing them to light. Think about what you have in common with your characters, and bring out those human characteristics. Your protagonist’s kryptonite is solid gold when it comes to storytelling. We’re all flawed and are naturally attracted to those willing to be vulnerable with their flaws.

If you learn to master these three elements, your work will take on a depth of experience. By creating an experience that lures the reader in with curiosity, compels them to keep reading, and then delights them with empathy for your characters, your stories will take on a life of their own.

Oh, and as far as the boy in the ceiling fan? He suffered a concussion and a sprained wrist . . . but it could have been worse.