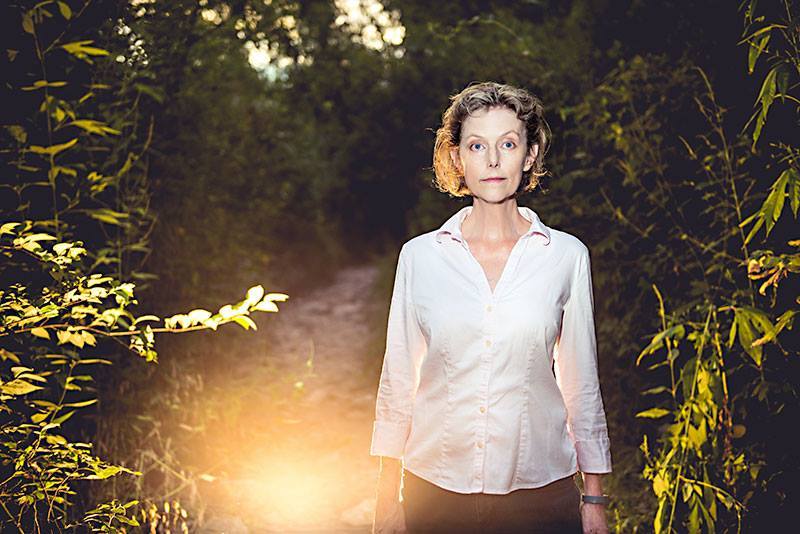 An Artist on Stage and Page: Getting to Know Kathy Catmull

Ask most people who go to Burning Man what they love about it, and you’re likely to hear about the art-car dragon or the giant LED jellyfish sculpture. Kathy Catmull, however, said that the most satisfying part of the Burning Man experience was not necessarily the art but the culture.

“It’s a collision, or maybe a melding, of radical self-reliance and incredible generosity,” Kathy said when I asked her.

It was no mystery to me why Kathy was drawn to these characteristics, as she has embodied both of them in a multifaceted career that includes acting, writing, editing, and teaching.

The acting bug hit first, when she discovered in high school how exhilarating it was to put on a play.

“As introverted and shy as I was,” she says, “it gave me a safe container for exploring my feelings and having a conversation with an audience at the same time.”

After that, she was hooked, and not a year went by that Kathy wasn’t on stage or screen. She has performed original work, acted in nearly one hundred plays, from King Lear to A Doll’s House, Part 2, and starred in films such as Never Leave Nevada, which premiered at the Sundance Film Festival and was screened at Cannes. 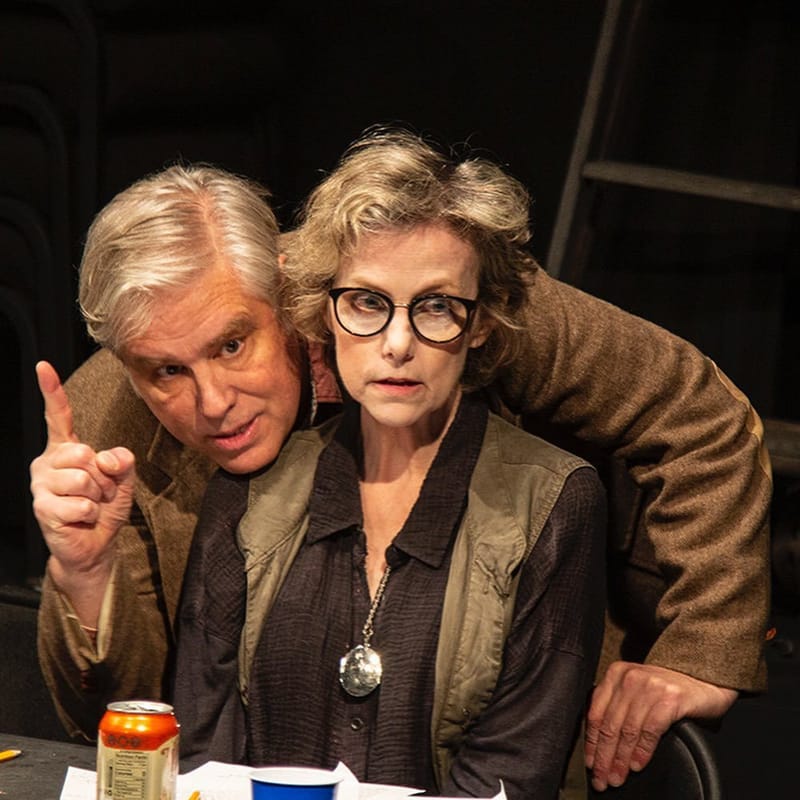 Yet, though she’s received dozens of nominations and awards for her work as a lead actress, when she talks about theater, she doesn’t dwell on her personal achievements. She talks instead about going to every single rehearsal and getting up on that stage on opening day, even if you’re sick or you broke your arm, because all of the other players—and the producers, directors, and audience members—are counting on you. She’s doing it as much for them as for herself.

Kathy acted for years before pursuing her writing and editing career, because, as she puts it, “college and graduate school ruined writing for me. If I couldn’t be Virginia Woolf, why bother?” Fortunately, she came back to the written word, writing novels, short stories, and plays, and helping others do the same. At Round Table Companies, Kathy is an executive editor. When she edits someone else’s work, she uses her considerable expertise to home in on problem areas, and yet she’s careful not to take the reins out of the writer’s hands; instead, she gently encourages the writer to think through possible changes and own them.

That same combination of “doing it right” and caring for others is evident in Kathy’s writing, editing, and teaching as well. Her middle-grade novels Summer and Bird and The Radiant Road earned praise from Publishers Weekly, School Library Journal, and Booklist, among other publications, but when she talks about these middle-grade stories, she talks not about good reviews but about the magic they might bring into kids’ lives. When she talks about teaching writing classes at the University of Texas, you don’t doubt that she did her due diligence—it takes commitment to read, comment on, and grade assignments for thirty-three students at a time in addition to running a classroom. But what she remembers most is the students themselves, how she adored them and how they each brought a unique point of view to the class and made her “feel good about the future of the world.”

It is perhaps no surprise that Kathy pursued the arts: she grew up with five brothers and sisters who have all done the same, to one degree or another. One brother, for example, is a full-time singer-songwriter. “Even the bank vice president majored in theater,” says Kathy. What is surprising is just how many places Kathy’s career has taken her. There isn’t room enough here to capture them all—did we mention conference speaking, script writing, and being the voice of Oracle (formerly Batgirl) in the DC Universe Online game?

It may not sound like it, but Kathy is still the same introverted soul she was in high school. She’s a performer, yes, but also a homebody. She loves being at home in Austin, Texas, with her husband Ken, a theater-owner, their co-dependent cats, and the occasional armadillo. She says she feels incredibly lucky in life, on every level.