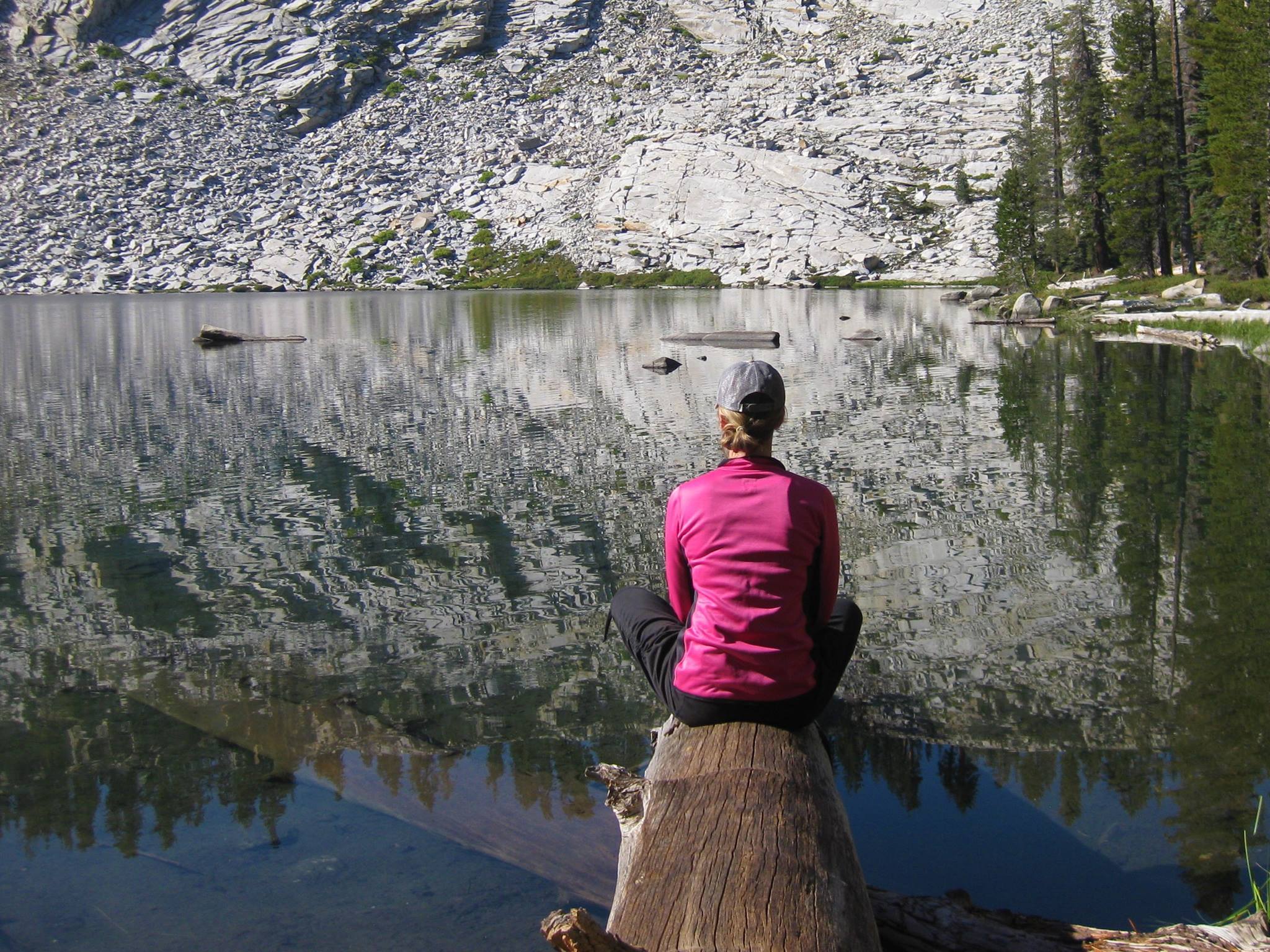 Giving Space to BE Authentic

“It’s not that we have to discern who’s right or wrong; it’s more that we have to accept that everyone has a valid perspective based on how they’ve experienced the world.”

Annie Rose grew up in Denver, CO, with access to multiple perspectives. Her dad and stepmom lived in a working-class neighborhood in relative comfort and stability. Her mom lived more precariously, moving from apartment to apartment, with the occasional eviction, loss of electricity, and bounced check to buy food along the way. In elementary school, Annie Rose played with kids who wore brand-name clothes and lived in multimillion-dollar homes. She often felt poor and embarrassed in comparison: her thrift-store and home-sewn clothes and Mom’s sputtering car often made her the subject of relentless teasing. Annie Rose also played with kids who wore the same clothes every day and lived in public housing. She knew from a young age that the human experience was both diverse and inequitable.

Junior high and high school helped her develop even more perspectives: now the rich kids focused steadfastly on getting into college and had their own cars. Other friends got sucked into gang violence, and still others, among whom she included herself, simply struggled to keep their heads above water in worlds where they didn’t belong. By the end of high school, Annie Rose had lost two friends to murder and endured an emotionally abusive relationship. A spot on the varsity softball team pulled her through, but the years prior left her feeling damaged and dirty, bereft of her innocence.

In her early twenties, after living in Las Vegas, NV, for two years and establishing a career in telecom, Annie Rose took a three-day course called the Landmark Forum. “It completely shifted the beliefs I’d developed about myself based on how I’d grown up and what I’d experienced.” At the time, she’d been focused entirely on establishing financial security and hadn’t considered pursuing any dreams or even gone to college. She simply hadn’t believed she was deserving or smart enough.

“During the course, I discovered that I was smart enough, that I was worthy of happiness, and that I wasn’t broken.”

Feeling empowered, she “invented the possibility”—an assignment in the course—of being courageous. Two weeks later, she quit her job, cashed out her retirement, and road-tripped across the country for two months. Her newfound freedom offered her a fresh start and deeper appreciation for what’s possible for people, including herself.

On the road, she took her next risk and declared herself an artist. She’d never painted before, but she created two small pieces that she later sold at Starbucks. Then, she took photographs of those two pieces into galleries and asked to be in art shows. She didn’t have a real portfolio, just the guts to walk in and ask to take part. When the first gallery agreed to include her in an upcoming show, Annie Rose scrambled to create fifteen large paintings in three weeks.

“I had only ever painted two tiny paintings!” she reminisced with a laugh. “I had no idea what I was doing. But I’d told them I was a professional artist, and I had to exceed their expectations!”

After that, Annie Rose started selling custom art and took part in shows across Denver and in San Francisco.

Meanwhile, back on her road trip, Annie Rose had taken another Landmark course. That time, she’d realized that that her job in life was to inspire—to breathe life into relationships and all that she touched. That inspired her to continue developing her skills as an artist and to travel to other countries.

A year or so later, Annie Rose found herself on the El Camino de Santiago in Spain. Long story short, she and her friend walked more than five hundred and forty miles over forty days following yellow arrows painted on trees and rocks. They hadn’t planned to walk El Camino, and they didn’t have the right equipment, a guidebook, or even enough money. What they did have was courage and the will to endure an adventure.

“It was one of the hardest things I have ever done and also one of the most miraculous. We had to let go of security and predictability and just trust that everything would work out.” 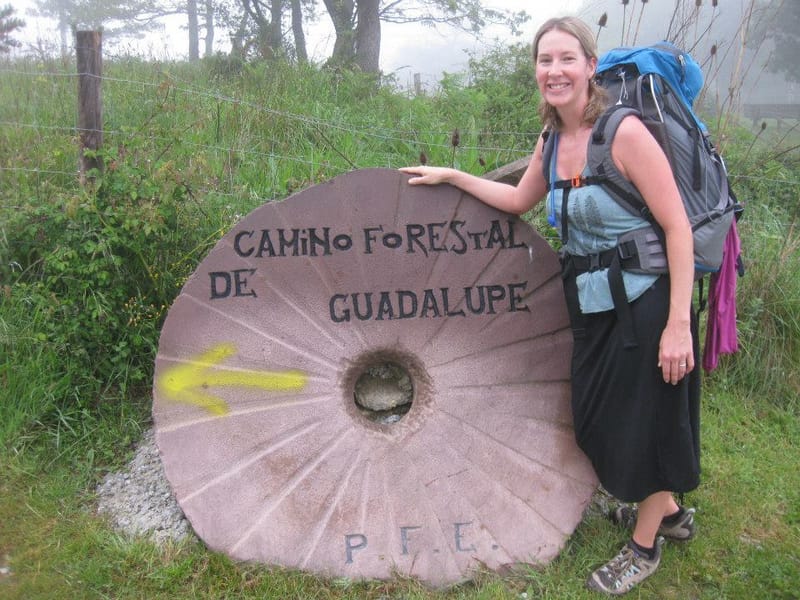 She and her friend focused on connecting with fellow travelers from around the world and exploring their shared humanity. The experience ultimately influenced her to pursue her bachelor’s degree in international affairs. She’d planned to focus her studies on Latin America, but a thirty-day trip to South Africa changed her mind.

Rotary International sent her to South Africa as a professional artist to connect with South African artists and network with South African Rotarians. Overall, the trip expanded her worldview, but one particular experience stood out as particularly influential: a two-day banquet in Lesotho, Africa, with the King of the country.

During the first day, Annie Rose, who had put her vegetarianism on hold so as not to offend her hosts, walked down a buffet line of meats. When she lifted one platter cover, there in front of her sat a pile of steamed sheeps’ heads. Eyes still in their sockets, cud still in their teeth. Annie Rose couldn’t will herself to indulge. “I was really grossed out,” she laughed, “but because it was a buffet, I was able to politely and secretly decline. Thank goodness.”

The next day, at the grand banquet, staff served several courses on big round tables dressed with linen and silver. Annie Rose had the privilege of sitting with a native Basotho man for whom the banquet was his first meal outside of his rural homestead. This was the first time he’d ever been in a city and, therefore, his first time experiencing electricity and a “fancy” meal. He was a man of the land.

For the first course, the wait staff delivered salmon pâté. The man couldn’t hide his disgust. “This is not a fish!” he exclaimed. He pushed the dish aside. Before the next course, the wait staff delivered a sorbet palate cleanser. He crinkled his face and poked it with his finger, pulling it back instinctively. Without refrigeration, he’d never touched something so cold. “What in the world is this?”

“It’s like ice cream,” Annie Rose explained. She did her best to explain that they’d taken cow’s milk, added sugar, and made it as cold as possible. He took a large bite, and Annie Rose watched his eyes grow large. “Why would you eat something that makes your head hurt?” he cried, holding his forehead in shock. Brain freeze was not common in rural Lesotho.

“It was one of those moments when I became very clear: there is no actual ‘weird’ or ‘strange’ or ‘gross.’ There’s just what we’re familiar with and what we’re not.” For her, eating a sheep’s head was weird; she was used to eating meat that didn’t look like an animal. For him, eating salmon pate was bizarre; he was used to eating fish that actually looked like a fish. (And forget about eating something that immediately gave your head an aching pain!) Each found the other’s food strange, and each of them was precisely right and limited by their own perspectives.

“Can I open my mind to discover what’s ‘normal’ for others? And can I set aside my perspective to understand what’s real for them?”

Annie Rose realized then that part of what it takes to have the world work more beautifully is to invite others to expand their perspectives. Now, as she engages in life, she often asks the question, “Can I open my mind to discover what’s ‘normal’ for others? And can I set aside my perspective to understand what’s real for them?”

Using this deep thinking and ability to open herself to different cultures and experiences has given Annie Rose a dedication to revealing the truth. She loves the process of stripping away the conditioning that human beings have to reveal what lies underneath. It’s then, she believes, that we can be fully who we are and give others the space to do the same.

At RTC, she helps clients do this with her ability to listen to what someone’s saying or feeling below the surface.

“I can pretty easily cut straight to the core of something. I’m great at listening to people until whatever is confusing or hurting them just disappears.” She uses her listening superpower to help clients write their best stories.

Annie Rose loves inquiry as well. She believes it is important to learn how to ask questions rather than looking for answers. Answers, she says, naturally reveal themselves in the process of asking questions alone.

She pours her passion for dialogue into her work with her company, Be Authentic. She’s currently designing a workshop that brings together people from all walks of life to play improv games and share a meal. Raised in a Greek culture, she notes that when meeting another person, “you kiss each other on the cheek, hug, and offer them food!” She believes transformation happens when we break bread with other people, particularly those we don’t immediately like. Conversation and the expansion of perspectives more easily happen when people are also busy passing salt, sharing bread, and cleaning up after a meal.

Beyond her current work, Annie Rose has big plans for when she grows up.

“I want to travel the world and enjoy the process of discovery. I want to contribute to others.”

When asked how she might contribute to others, Annie Rose simply responded, “By loving them and hearing them.”