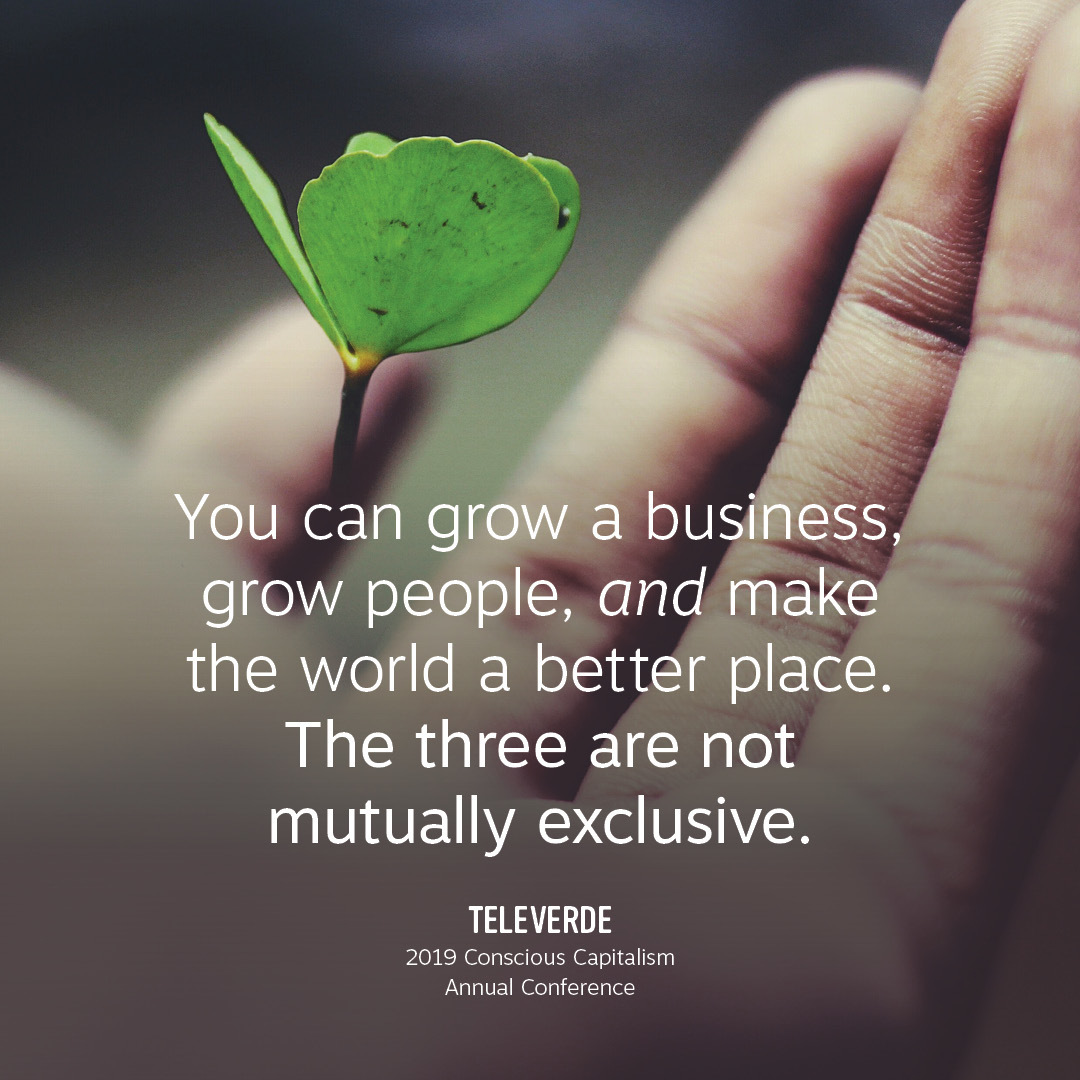 Brand Storytelling: The Secret to Finding Your Audience

By: James Cook in Event Experiences

This is the story of how I learned about brand storytelling with heart . . .

“I’m here to see if this is bullshit.” This was what the gentleman to my right told me when I asked what had brought him to the conference. A partner in an investment firm back east, he wondered out loud whether Conscious Capitalism was more than a marketing gimmick, some window dressing masquerading as brand storytelling for companies to look good on the outside. He wasn’t the only one hoping to dig deeper and find out more.

I was at the Conscious Capitalism Annual Conference (CCAC) along with the Round Table’s team. We’re a storytelling company. It says so right under our logo.

I thought we were there as a team to help tell the stories of the conference, but at the conference I realized we’re all storytellers. We all tell stories to our most captive audience—ourselves. CCAC was chock-full of storytellers. Some stories were triumphs in practicing conscious business; others were scored with dark valleys and imagined villainy.

What I Learned About Brand Storytelling

From day one of the conference, I interacted with other attendees, listened to speakers, engaged in deep conversations, and innocently eavesdropped on others as I soaked up information about brand storytelling and publishing. Some attendees were employed by companies that actively engaged in Conscious Capitalism—companies like Motley Fool and Andrews Distributing. Others fell somewhere in the spectrum from small business founders and executive consultants to C-level executives at larger firms. They either were already practicing the philosophies or, like my new investor friend, just checking out the possibilities. As I meandered through various lobbies, tables, and meal encounters, I heard just as broad a spectrum of conversation topics as there were people.

We Can Help with Your Brand Storytelling 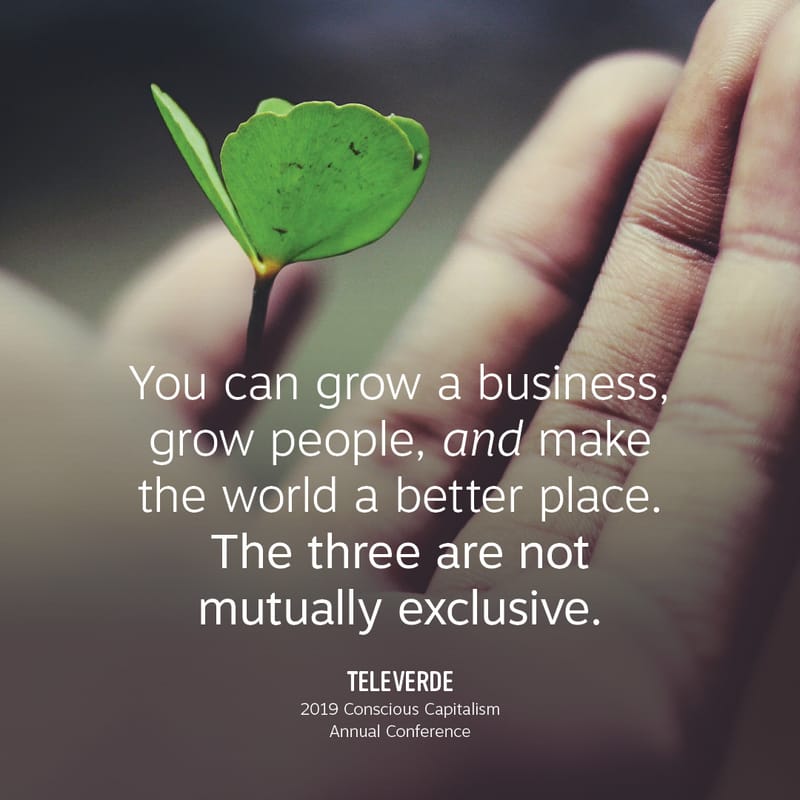 On my second morning of the conference, I met another attendee who offered to show me the way to the fitness center I was looking for. Despite his kind intentions, we got lost among the winding paths through flowering brush and plants. We enjoyed our impromptu nature walk and had a nice conversation. At one point, he wondered aloud if some attendees were just paying lip service to the movement trying to boost their public image—a story he struggled with in his own business life. Once, he had suggested that a business’s board listen to a Conscious Capitalism presentation. If you had heard him describe their visceral reaction, you would have thought he had invited them to abandon all of their worldly possessions. “Conscious Capitalism is woo-woo wishful thinking!” he remembered one board member saying.

But among the stories of doubt and skepticism were dozens of stories of Conscious Capitalism and brand storytelling done not only well but spectacularly.

Televerde is one such company.

After the second evening’s dinner, three Televerde employees took the stage—three powerful, hardworking, intelligent women who once wore the same orange suit to work every day. These three women challenged my own stories more than any other person in recent memory.

A marketing and lead-generation firm, Televerde challenged all attendees to enlist the services of a talented, untapped labor market: prisons. If you think they were just exploiting cheap labor, then you’d be telling yourself the old story of “business as usual.” Instead, incarcerated women apply, interview, and are given jobs and training at Televerde. In a business world where companies trash applicants who check that little box asking about prior convictions, Televerde recognizes that people shouldn’t be held forever accountable for mistakes they’ve already served time for. With Televerde, when the prisoners’ sentences are up, they have jobs to go to. Better business, better employees, and a better world are what they’re offering. Televerde’s employees have a recidivism rate of 7 percent compared to a typical rate in excess of 80 percent. They’re obviously doing something right.

Televerde has challenged the narrative that convicts can’t be trusted to do important work. They have thrown down the gauntlet for traditional business and said, in effect, “You can grow a business, grow people, and make the world a better place. The three are not mutually exclusive.”

Other companies are working on changing the status quo: engaging employees and challenging traditional notions regarding customer service and employee training. Others still were actively partnered with charities and their communities so that every business success was success for all. Every one of them has a story to tell.

I began wondering about the excuses I make in my little, myopic world, whether I was storytelling or just living my life. Could my efforts make a difference, too? And while I’ve always believed in second chances for the formerly incarcerated, my attitude was not nearly as positive and progressive as Televerde’s. I also questioned my own place in the business world. I’ve been a solopreneur at best and have never had an eye on the C-level executive suite. But does that mean I can’t have an impact? As one leadership consultant told me, “We’re all leaders in a way. And leaders serve.”

My investor friend? I ran into him again on the final day.

“Do you still think this might be bullshit?” I asked jokingly.

He laughed. “No. There’s a lot here. I have to figure out my next moves.” I guess his story has changed, too.

I’m a storyteller; after all, I am a writer. But you’re a storyteller, too. So is your spouse, your children, that grumpy neighbor who refuses to return your friendly wave. The companies you do business with have their own stories, and, as my experience at CCAC shows, some businesses are actively trying to weave together a stronger, better narrative with a wider cast of characters.