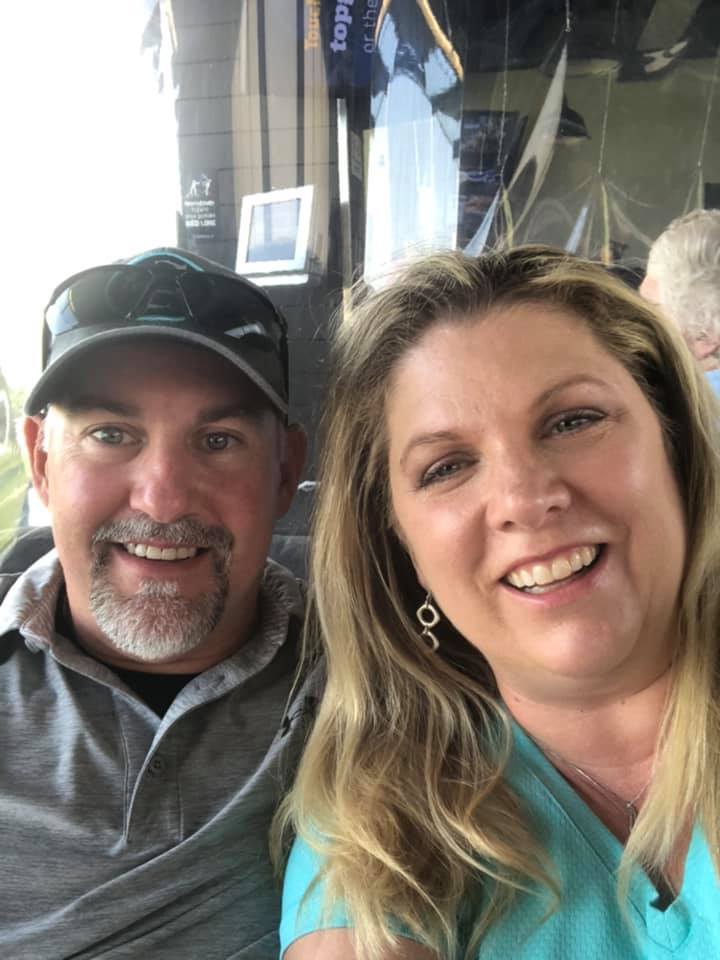 The bubbling sounds of the Keurig echo against the underside of the cabinet as Christy pulls the Coffee-Mate vanilla creamer—no sugar—out of the fridge. It was early Monday morning, and the kids had three separate meetings with their teachers via Zoom. Or at least that is what the weekly calendar said on the blackboard that hung from ceiling to floor against the cherry-stained cabinets in the kitchen. Under each day of the week, her family members’ schedules were written in chalk markers—color-coded, of course. The rainbow of precise times filled the board: coaching, games, parent meetings, gymnastics . . . and, of course, who would be picking up whom. In the Watson house, that calendar was absolute.

“If it’s not on the calendar, it’s not approved, so don’t ask,” Christy would tell the kids.

“But what about your friend-hour tomorrow on Zoom? That’s not ‘calendar approved,’” Larry, her husband of twenty years, would tease because their sarcasm is legendary.

“You know what?” Christy shot back with mock irritation. “It doesn’t apply to Mom!”

Allie, her six-year-old daughter disagrees. She sees herself as the mini-mommy and definitely the one in charge, which leaves Christy asking, “When did you move up on the totem pole?”

Her older brothers—Tyler, who is eleven, and Brayden, eight—usually let Allie run the house. They will stick up for her anytime; however, when it comes to her way, she usually gets it. And when she doesn’t, Christy is the first one to know.

But this morning, Christy had about fifteen minutes of alone time until Tyler padded softly into the kitchen. “Mom I—”

Christy holds her finger up as she sips her coffee. Her son waits. She sips again. And then a third time. Then she turns to him. “Okay, I’m ready.”

“I need help logging in. The Wi-Fi is messed up.”

Adventures with the Watsons could be her lifetime movie title, as each day brings its own kind of chaos. But Christy is no stranger to adventure. Her father’s love of boats carried their family wherever they lived. Christy began boating off Lake Michigan when she was two years old and received her boating license at age ten. Growing up, she and her family would drive three hours every weekend from Pennsylvania to the Chesapeake Bay to live on a thirty-eight-foot Pacemaker, which was a cabin cruiser with a salon, three bedrooms, and two bathrooms. In the summer, they would live on the boat while her dad traveled for work.

One summer they rode across the bay with friends to St. Michael’s, Maryland, for blue crabs. On the way back, a dangerous storm popped up out of nowhere. With a torrential downpour and strong winds, the boat was pitching, and her dad, an experienced captain, yelled, “Get your lifejackets on and go below deck!” Her father had to stay on the bridge, navigating the mouth of the Bush River off the Chesapeake Bay, and used a rope to strap himself to the chair as the boat’s bridge would kiss the water as it rolled back and forth. Christy, her mother, and sisters could hear over the marine radio, “Mayday, mayday . . . please, someone help!” Had he not navigated the vessel, they would not have survived.

Her husband knew Christy while growing up, although they were just friends. Within a few years, they fell in love, and as she got off the plane, he proposed to her in a Denver airport as complete strangers applauded. Their long-distance relationship paid off, and they both used their hard work ethic to stay committed as they would drive hours to see each other when their jobs would move them to different cities. 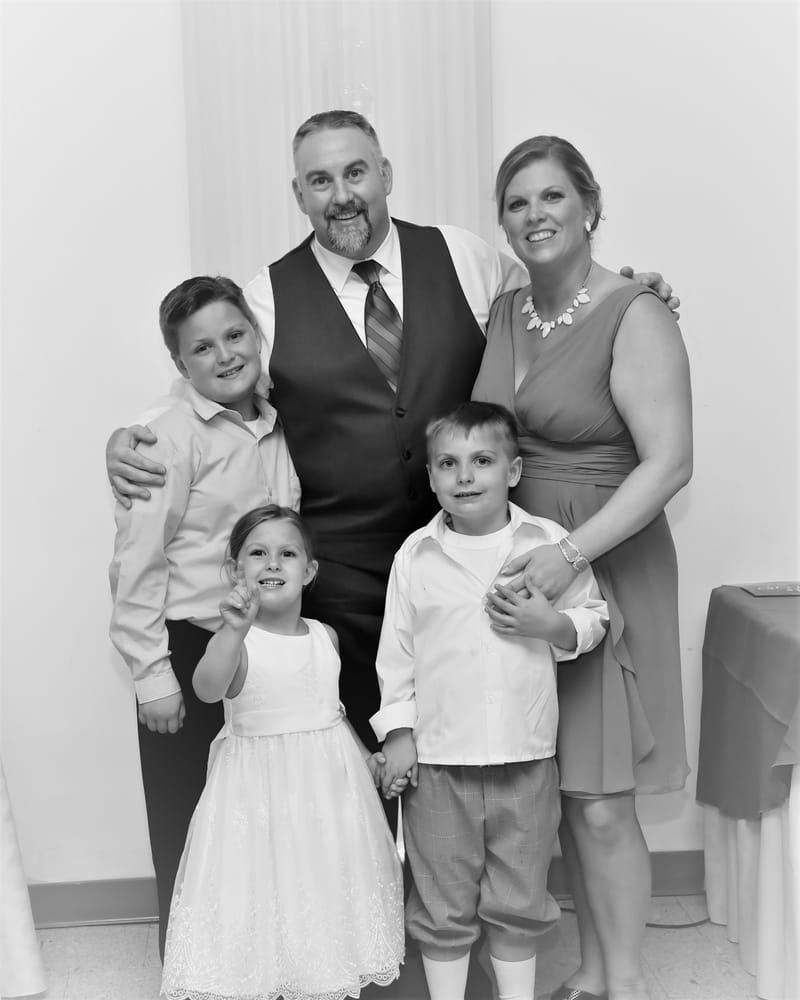 The adventure continued as she took a job nannying the girl who voiced Dora in one of the movies, worked at the bank MBNA America in the balance transfer department, and trained new people in the telemarketing department. She would train college kids, who were her own age, how to sell banking products. At times they would turn to her and say, “This is impossible, I can’t sell to this customer.”

Christy would hold out her hand. “Give me the phone, and I’ll show you how to do it.”

At that point, everybody in the call center would stop and listen to Christy effortlessly offer the customer options for the products the bank had to offer and come away proving that she could sell anything . . . even a stapler.

That was what she had to sell when she and her husband Larry moved to Indiana and Christy interviewed for a new job at Bank One, which is now JPMorgan Chase. Originally, she went in to open up a bank account with a large check she and her husband had earned from the sale of their other house. But with ripped jeans and an oversized sweatshirt, they weren’t sure she had obtained the check . . . legally.

“Oh, they were profiling me,” Christy said.

However, as Christy explained to the teller that they had just moved from Maryland and sold their house, their interest was in where she worked. Even though the small talk was nice, she began to think, Man, all I want to do is deposit my check!

It turned out they wanted to interview her for a job the next day. “I wasn’t looking for a job, but thought, Hey, what the hell?”

“Sell me one of these items,” the interviewer told Christy, as she pointed to a pencil, a stapler, and a calculator. “Explain to me why I need to buy one of these.” This was too easy for Christy, because this is what she trained the college students to do all day long. She was a pro. After Christy complied, the woman immediately offered her the job. It was the shortest interview she ever had.

When asked which one she sold to the woman she said, “All of them.”

While at JPMorgan, Christy garnered more promotions than Joe Exotic did tigers. She began as a personal banker, then a licensed banker who sold checking, savings, credit cards, loans, and investments. She enjoyed educating the client on their opportunities rather than pushing them into something they didn’t need. After three years of being a platinum level National Achiever, which meant she was one of the top three hundred bankers, she had been chosen to attend both of the prestigious Nashville and Las Vegas celebrations. Seeing Christy’s talent in sales, the market manager asked Christy to manage a branch that was costing JPMorgan thousands of dollars. “They were bleeding,” she recalled. In just one year, she took the branch from having the most loss within the market to being the number one branch. She was twenty-three at the time.

“If I see numbers, I have to crunch them. I love the challenge.”

Christy has carried that same gumption over to RTC, where she works as a project manager. She has even come up with her own equation system to calculate hours needed for the writers on each section of the project. She touts herself as a number cruncher. “If I see numbers, I have to crunch them. I love the challenge.”

She loves to find a way to save the clients money. If a project goes too long, then it doesn’t benefit them. Organization is her superpower, and as a project manager, she uses that to help everyone stay on task.

Just as she analyzed profit and losses when she was a branch manager, she takes a look at the numbers, the project cost, how much we bill the client, and how many hours are devoted to the project each month. She then is able to break the project time down so the symbiotic relationship with our clients and RTC may continue.

“How can I make this work?” she will ask herself as she listens to Alexa’s selection of classical music. Like balancing your checkbook, she’ll look at all the numbers and make sure they add up. “On particularly hard cases, I will have to walk away, go play with the kids, and then come back. It’s all in the way you look at the information in front of you.” She enjoys supporting everybody, from the team at RTC to the clients. Kind of like a middle-man superhero. 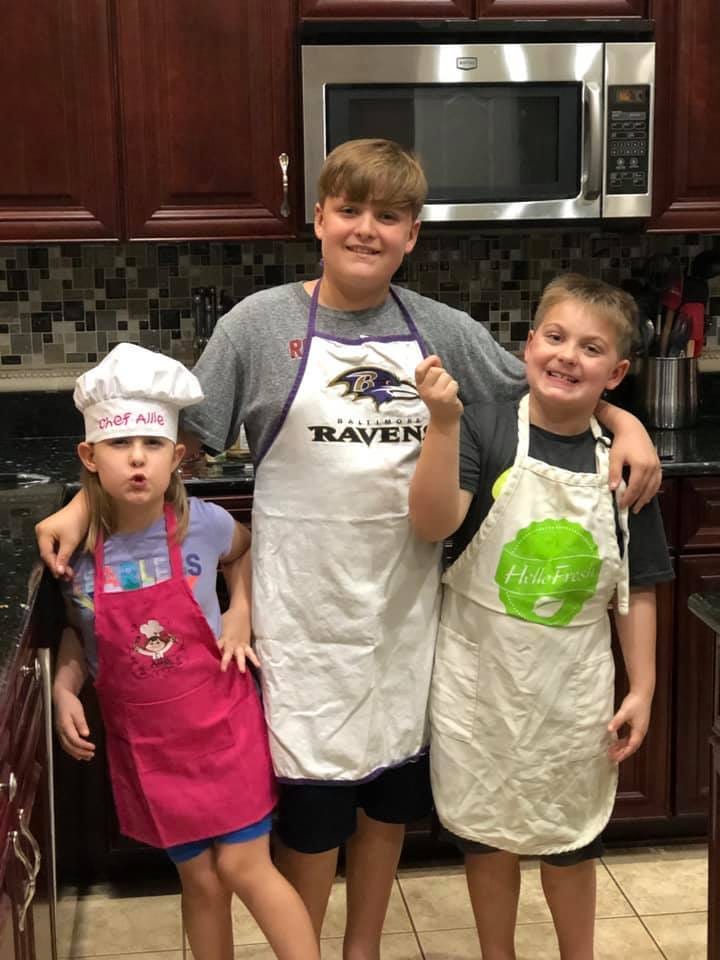 When a new client comes in, she’ll look at what their idea is, how many hours are allotted, and who is assigned to the project, and then, like a master architect, she’ll form a plan. “I like to break the project down into smaller pieces so that they are eating the elephant one bite at a time.”

After the plan is set in place, she lets RTC editors do their magic.

Christy loves the core value Lean into Learning. While she has her own artistic creativity, she has not previously been part of a book writing process. “I never realized how much goes into writing a book. I thought you just wrote it and Boom! It’s done. Watching the writers and artists collaborate with the clients at RTC has been amazing and eye-opening.”

So while Christy is mainly behind the scenes at RTC, please know that she is forming new plans to better manage time and brilliance on our projects, all while enjoying that last sip of Donut Shop Coffee with a splash of vanilla creamer. Because drinking coffee is always scheduled on her kitchen calendar.