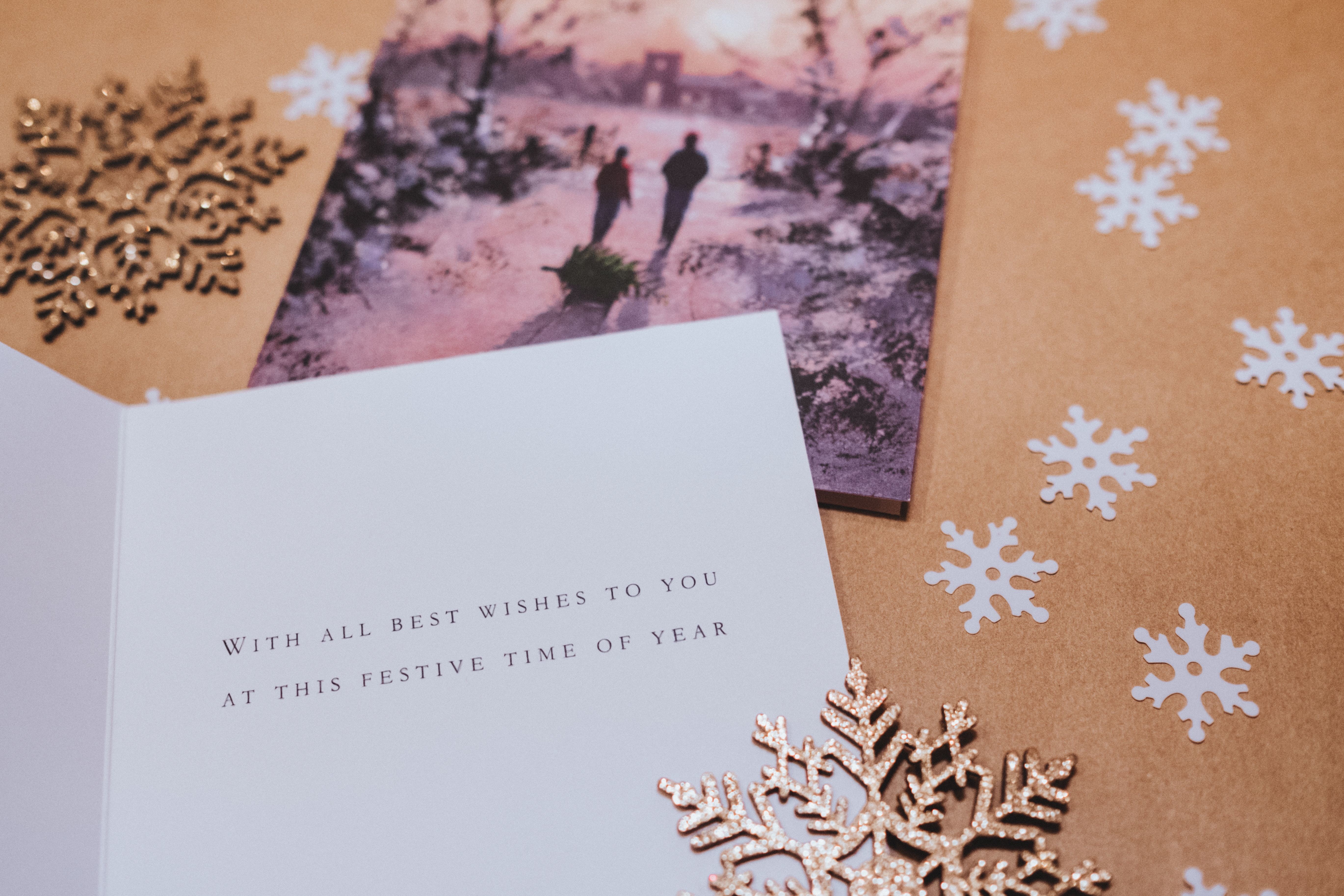 Pluralizing Your Last Name with an Apostrophe: Just Don’t Do It!

I love the holiday season. The cold, the cheer, the wonderful sugary everything. Decorations, festive cartoons from my youth to sing along to, visiting with family, etc. Love it all, during what is my favorite time of year. (Sorry, Autumn. You and me are still bros.)

But, if I’m honest, one thing crams the blackest chunk of coal in my glitter-covered writer/editor stocking every year:

Look, I get it. In the grand scheme of things, screwing up your signature on a card that will hang on someone’s door for a few weeks before being ripped down and tossed out with the uneaten fruitcake is not the most damnable of sins. But, come on, people. In the name of Kris Kringle’s big ole belly and truly epic beard, the apostrophe abuse has to end.

It’s true there are some—for lack of a better term—“advanced” guidelines for the proper use of apostrophes, but 99 percent of the time, there are only three rules to know:

And that’s it. Notice what’s missing?

NEVER use an apostrophe to make a name (or most things) plural. Using one makes me think you forgot something, and opens a candy-striped can of weird questions. For instance, when I read “The Delaney’s,” I wonder, “The Delaney’s what??? Dog? Gardener? Postal carrier?”

Postal carrier would make sense because those folks love them some holiday tips—which is nuts because all I get is junk mail, and why would I tip someone who brings me stuff I’m just going to throw out with prejudice (except those lovely, incorrectly signed cards, of course)? And if your dog’s sending out cards, you might want to get out of that house. He’s probably up to no good—maybe with that intergalactic scoundrel, J’har’thu.

Anyhoo, the easiest way to avoid card-borne apostrophe calamities (not calamity’s, you’ll note) is to just write everyone’s first name. That makes the recipient picture you—and little Billy and Janie and the rest, which is nice. If you insist on identifying as a Yuletide collective, though, here are the quick and dirty rules to remember:

There you have it, reveler, well-wisher, and mailer of singing, blinking, puppy-in-a-Santa-hat-adorned joy in a red envelope. Don’t ever add an apostrophe to pluralize a name because, in addition to it being wrong, doing so means a North Pole elf gets fed to an alien like J’har’thu (which sounds good for J’har’thu, but she’s vegetarian, so, really, no one wins).

In need of an editor for more than your holiday cards?