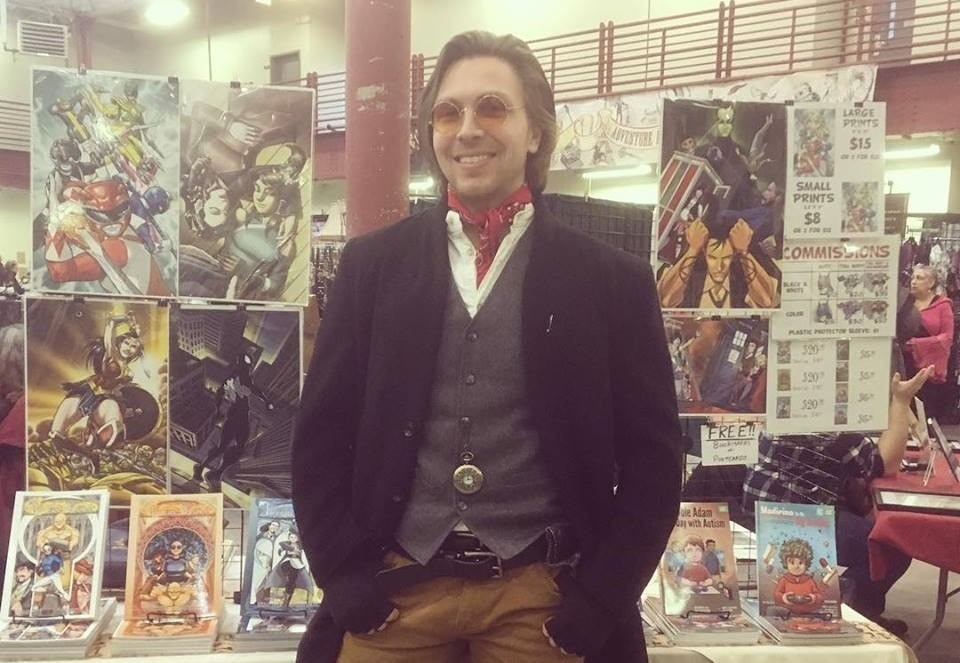 Portrait of an Artist

By: Mary Anna Rodabaugh in Get to Know Us

Fresh out of art school, Nathan took his first “real” job drawing caricatures at the Mall of America. During the early days of his job, Nathan would practice drawing caricatures from MAD Magazine. One day, his boss was running late and a client came into the shop to confirm a drawing appointment for later in the day. Nathan’s boss was set to draw the caricature but when the time came for the appointment, he couldn’t make it to the shop. Not wanting to let the client down, Nathan volunteered to draw it himself despite still being in training. Twelve beautiful faces on an 11" x 17" piece of paper later, Nathan had successfully completed his first caricature for payment and earned his first satisfied customer.

“I didn’t consider caricatures to be a long-term option, but twelve years later I’m still doing it,” Nathan said. “It is a lot of fun to see people’s reactions when you show them the finished product.”

Today, Nathan travels near and far to festivals and fairs where he sets up a tent and draws caricatures. Sometimes he will draw for up to twelve hours a day! “Time flies by and you become a bit of a marathoner,” Nathan says.

Today, Nathan travels near and far to festivals and fairs where he sets up a tent and draws caricatures. Sometimes he will draw for up to twelve hours a day! “Time flies by and you become a bit of a marathoner,” Nathan says.

One evening in 2010, Nathan was packing up his tent after his last caricature fair of the year. As he was pulling out of the fairgrounds in South Dakota, he started thinking about what his next freelance venture would be. Serendipitously, his phone rang. The art director from Round Table Companies had heard about Nathan’s work and invited him to illustrate a graphic novel for a client. Eager for a new opportunity, Nathan agreed. He’s been collaborating and illustrating projects with RTC ever since.

In addition to living a life as a master caricature artist and freelance illustrator, Nathan is also a comic artisan. In 2009, Nathan and his girlfriend, now wife, Nadja co-wrote and illustrated a steampunk web comic called Impure Blood. The comic ran from 2009 until November 2017. It was a labor of love filled with teachable moments.

“Comics bring elements to life, which could otherwise be dry or boring. It is a visual medium for all demographics,” Nathan said.

“It uncovers the mechanics of an art form I am passionate about and is misunderstood by the general population,” Nathan said. “I would argue that comics are the most complicated art form out there barring film.”

When he doesn’t have a drawing utensil in hand, you can find Nathan spending time with his family in St. Paul, Minnesota. He has quite the talent for funny voices, including a baritone dragon who makes appearances during story time with his two young daughters.

If Nathan had a superpower, he would clone himself so he could get more things done. He prefers his coffee to be the darkest roast available and as “black as his soul.” As for tea, Nathan orders Earl Grey, hot—an inside joke for all of you Star Trek fans.

Nathan’s three rules to live by are: be punctual, be pleasant, and be passionate about what you are doing. Rules he truly lives by each day.

“I have a job that I enjoy and I want to get out of bed every morning and do it,” Nathan said.

Are you looking to bring a story to life?