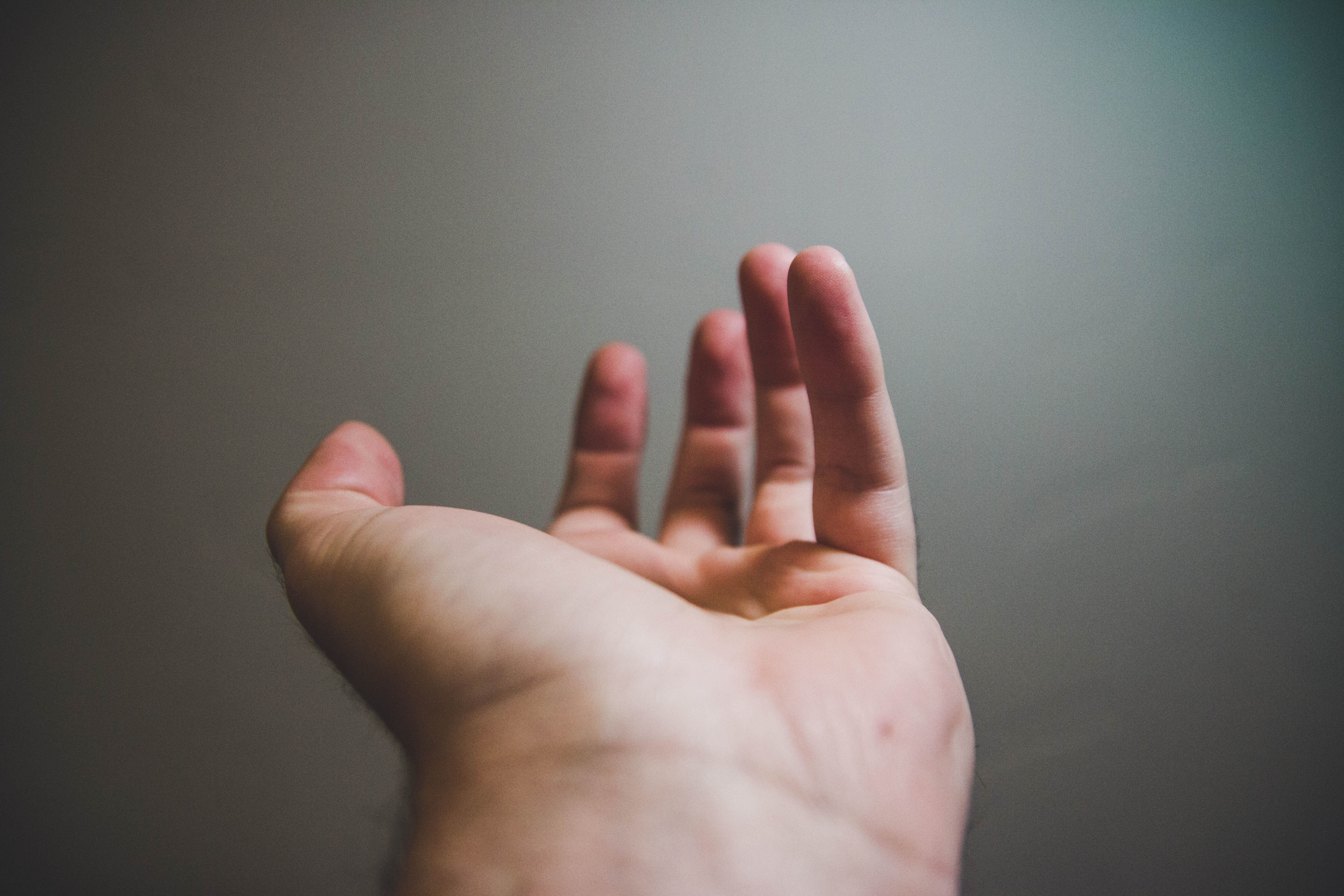 By: Sarah Byrd in Dose of Inspiration
on December 18th, 2018

It was a Saturday morning, and I was leisurely driving to the grocery store with my three young children. We were content in our air-conditioned car, while it was nearing ninety degrees outside in the sweltering June sun, and our bellies were full with the big breakfast I had prepared earlier. No one was crying, and I was ecstatic with the fact that I left my husband at home so he could get some sorely needed sleep. Bonus wife points: me.

As I continued my drive on the highway, I saw a woman briskly pushing a baby stroller on the opposite side of the road. Inside the stroller was a little girl who couldn’t have been older than seven months. I was shocked and scared for her at the same time, as cars whizzed past her. Surely her car had broken down and she was trying to get some help. The impulse to turn around and try to help her filled my heart.

Should I turn around and help her? How could I even do that on this highway? I have three kids in the back; if she needed a ride, how would I fit her in my vehicle?

The internal wrestling paused in a flash with this one thought: This mom may need help, and I can make the space to do it.

I absolutely could not do anything but help her.

I had to drive about a quarter of a mile just to turn around to get back to where I originally saw her, but eventually I caught up with her. She was zipping round the curve of the road, baby in tow, a white bear bouncing against the frame of the stroller as she navigated the gravel. I slowed, unrolling my passenger’s-side window.

“Excuse me. I saw you walking on the overpass back there, and I wanted to know if you need some help?” I asked.

“I know,” she said shakily, her eyes darting to where she had just come from. “I was so scared back there.” Her faded shirt hung on her thin frame, and several strings from her cut-off shorts dangled haphazardly to her knees. She wiped her forehead and adjusted the wire frame of the stroller canopy so her baby had more shade. “I live in this motel right here, and I just want to get my baby inside to cool off.”

I agreed. “Yes, it is so hot out here. I can’t believe you were able to walk in this heat. You’re a brave mama.”

She eyed me and glanced in the back of my vehicle as three little faces peered back at her. Her shoulders released. “Things are just so hard right now,” she said, as tears slipped past her large sunglasses and down her cheeks. She kept wiping them, but they were replaced by new ones.

As she continued, I listened, and nodded in understanding. At that moment, I was her sister, her friend. I wanted to be there for her, and her pain was mine. We spoke about her struggles, financially and parentally. We prayed together, and, with words of encouragement, the conversation ended with tears and a hopeful heart.

But my work wasn’t finished.

As I neared the grocery store, the thought came to me to buy her diapers and baby food for her little child.

I can’t do that. Money is so tight right now, I can’t afford it. My husband is going to be so mad if I spend one more extra dollar.

As I pulled into the parking lot, the argument came back in my head: You have a house and food on the table; she has a motel room and a prayer for her and her baby’s next meal.

I ended up buying the same that I would for my own children: organic baby food, wipes, and brand-name diapers. If I could buy my own child these things, she could have them too. After playing Santa in the summer heat of that June day, I packed the car full of groceries and dusted my hands off.

How would I get her these things? I didn’t know her room number or whether she had a cell phone. The only clue I had was that she stayed at the motel near the highway.

As much as she felt like a sister and fellow mama, she was also a stranger. I decided to bring my husband for safety.

When I got home, I told my husband what had happened and that we needed to head back to the motel.

“What are you getting me into?” he said with a twinkle in his eyes. It seems that, whenever I act altruistically, my husband gets pulled in.

Driving through the motel parking lot was an experience. There were potholes everywhere, and the rooms were mostly empty with curtains half hung on their curtain rods to reveal dingy mattresses piled inside. I knew that it was not a place where I would want to lay my head.

We asked a few people who were taking out their trash if they had seen a woman in jean shorts with a baby, but nobody knew who she was. Disappointed, we drove back through the parking lot and neared the office of the motel.

I could go in and ask for her, I thought.

“We should go into the office,” my husband said. “I’ll go, you stay in here with the kids.”

There was one person who was being served at the help desk, so my husband had to wait his turn. I could see him through the window, pacing and looking around as the person was taking an unusually long time with his needs.

You know the phrase “timing is everything”? That applied here.

After fifteen minutes of waiting, my husband walked to the counter and explained the situation. The cleaning ladies tried to help; they asked the other workers if they knew the woman I had spoken to. Soon, the whole motel staff was calling around to find this mystery woman and her baby.

Sadly, everyone was stumped and reluctantly turned my husband away. He headed for the door and grasped the handle.

“Hey,” a graying man who had just walked in from the back gruffly called out. “You looking for a woman who pushes around a baby in a stroller? Has a white bear attached to it?”

My husband looked over his shoulder, his brow furrowed. “Yeah?”

My husband released his hand from the door to turn around and shake the man’s hand. Had he not been held up by the first customer, we would have missed this one person who seemed to know her.

I hadn’t realized it that morning, but my one decision to ask if someone needed help changed me—and many other people. Because I decided to turn my car around on the highway, a woman and her child got some much-needed supplies and the motel workers saw kindness. Simply altering the trajectory of my day altered the trajectory of people’s hearts.

In this wintry season of giving, I encourage you to pause, look, and listen. Is something stopping you in your tracks, nudging you to help someone? Should you ask your neighbor how they are doing? Is there a homeless person you pass daily on your way to work that may need a word of encouragement and a cup of coffee? If you change one minute of your day, you may change a person’s life.

“Who are you people?” a motel office worker asked my husband after the flurry of excitement ended.

My husband looked out the window at me and grinned. “Just regular people who paused for someone else’s need.”

Do you want to change the world?