The Honor of Storytelling: Trusting the Mountains and Valleys — Getting to Know David Lins

By: James Cook in Get to Know Us

David grew up in a large blended family in Wisconsin. Though an admitted introvert, he discovered early that he had a knack for storytelling and cracking jokes. David says, “Being number six of seven kids, it helps to be entertaining.” The eldest five were “high school royalty,” and with his love of baseball, he was sure that he had a chance in sharing in that kingdom.

But then they moved.

Between his freshman and sophomore years, his family journeyed from the “rolling green hills of Wisconsin” to Arizona. David wasn’t impressed with his new home state. “I was horrified. We entered Arizona and a freaking tumbleweed blew across the road in front of our car. I remember thinking, ‘Where have you moved us?’”

Ousted from his potential royal status, David rebelled. “I went on a hunger strike – until lunch. I didn’t want to get involved in anything or be around anyone. I wanted to punish my parents, who I loved very much, for making me move.” His parents pushed back, forcing him to join at least one sports team—David opted for the swim team—and they also insisted he attend the Catholic youth group.

Going to mass was fine, but forcing him to attend a group with a bunch of kids he didn’t know was quite another. “I didn’t want to meet anyone.” They pushed, and he finally relented, begrudgingly. But at the youth group, something piqued his interest. Cute girls. As a fifteen year-old, that was enough of a reason to keep going. And as he continued, another thing happened. He began enjoying and becoming deeply interested in the conversations.

Over the next few years of high school, David was personally impacted by two heart-wrenching abuse cases. They outraged him enough that David decided he either wanted to be either a policeman or school principal, anything that could help him to protect young people. It’s not surprising, that his favorite fictional character is Batman, a man without superpowers who protects those who cannot protect themselves. Nearing the end of high school, and with the “world’s smallest scholarship” in hand from his youth group, David craved adventure before moving on to college. One day, while cleaning out the church where he volunteered, he found a flier for the National Evangelization Teams (NET Ministries), a Catholic youth ministry team of young adults who travel across the country sharing the Gospel. Though he thought no one would care what he had to say, something told him to apply anyway.

Despite his misgivings, they liked his application, and sent a more extensive application for him to complete. Two weeks later, they invited him to San Bernardino for an interview. It was a long shot, he knew they’d never accept him, but he had a desire to go anyway. His father drove him to the bus terminal. No one was there. All buses were cancelled due to the Rodney King riots. Back home, his parents had a hushed kitchen discussion about options. One thing his father said on the way home lingered in David’s mind. “Son, if you’re really supposed to be there, you’ll be there.” And then another, older saying, “There are times God fills your sails with wind, and there are times when you’ll have to row”

Despite his doubt, David made a bold move. He asked the number for the California Highway Patrol and made sure his parents heard his side of the conversation.

“Are there any riots in San Bernandino? Is there a chance the riots could spread there within the next three days? No? Is the highway between Arizona and San Bernardino free of rioting? It is. Thank you, Officer.”

After hearing the conversation, his normally protective mother made an uncharacteristic and equally bold decision. “She told me, ‘If our son is driving across the desert in our only car, he’s going to be prepared,’” David shares with grin. “She went to the garage and grabbed a can of motor oil, two five-gallon jugs of water, antifreeze, and a thick walking stick … for self-defense.” He made it to the NET interview and to his surprise they accepted him into the mission. As they traveled across the country, David, one of the four youngest team members out of a hundred, was given set-up and take-down duties including cleaning up. But, a few months in, he was finally given an opportunity to share from the stage. He loved it. It went so well, he continued to give talks the remainder of the year.

Along with his youth ministry work, David continued writing off and on. Like a bad habit, he kept eking out slivers of time to finish his first novel. “It took me 10 years to complete it.” During this time, he managed a career, completed a business degree, broke his back, fell in love, and got married to his wife, Maryrose.

What? Yes, he broke his back. In a 2005 beer-league softball game. The injury left him with medium grade spinal stenosis. And while it ended his sports play and sometimes interferes with normal life, he was still able to pursue his other loves.

He got a new position in the church, giving him the opportunity to speak and write newsletters. And he continues to have a voracious appetite for the cinema. “I have two superpowers,” he says. “Creating analogies and I’m a walking IMDb,” speaking of the online movie database. When lamenting the current situations of theater closures, he added, “COVID sucks.” But his love of movies had him and his friend always discussing possible screenplays in his hometown of Phoenix. But because of the extremely low chance of a screenplay getting filmed, he wrote a second novel instead. This second novel took only one and a half years to write while balancing his family and career. It was the decision to write the second novel that led him to the 2018 Writer’s Digest Conference and to the connections that brought him into our family here at Round Table Companies.

With all of his passion, and ‘super powers’ of movie knowledge and, “I’m the king of analogies.” David sees storytelling as a part the human experience. We are wired to communicate from storytelling—from analogies—and that is all fiction really is. “A book is the longest, most entertaining form of an analogy I could ever come up with.” 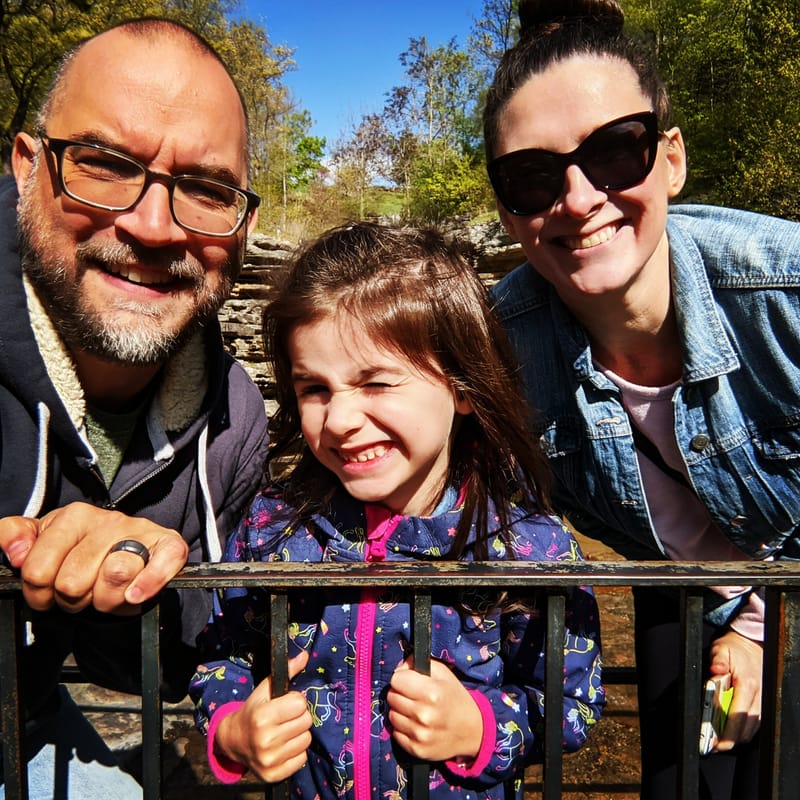 From that picture of a young boy hunched over the typewriter, David’s heart has always been around writing. He shares that he sees God as the author of his life. “A good author creates trust with the reader. I trust him. Sometimes there are mountaintops, sometimes there are hidden twists and valleys, but I trust him.” It’s a level of trust he wants clients to have with him.

When asked what he would love for clients to know, it’s that he considers it, “an honor of the highest order to help someone cross the finish line in their own lives. What an exciting prospect! I love being a participant in helping someone accomplish something they never thought possible.”