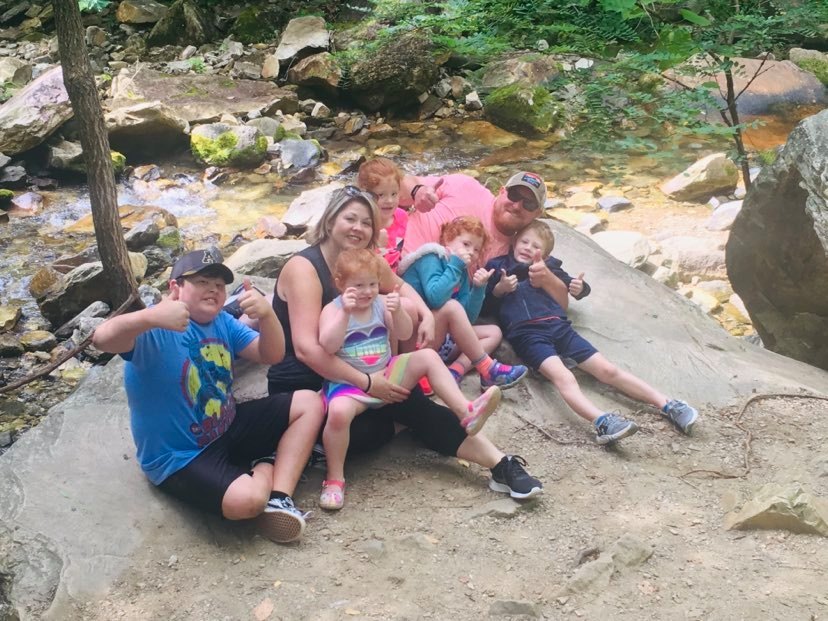 The Queen of Organized Chaos

It was a sweltering North Carolina afternoon, and Keli had been sitting in the drive-through at Mickey D’s for five minutes. No biggie, though; she was passing the time chatting with her longtime friend.

“Hang on a minute, Emily, I need to order,” she said, and cradled the phone underneath her chin.

“Yeah, I’d like a number three with a Diet Coke,” Keli said into the speaker.

“Is that you, Ms. McNeill?” the voice on the speaker asked.

Keli laughed, recognizing the voice of a former student she had when she taught English at the local high school. “Hey, Dante!”

“What can I get you? You know I’ll take care of you,” he said excitedly.

“Did you just get called out in a McDonald’s drive-through?” her friend Emily asked on the other end of the phone as she tried to hold back her laugh.

It is pretty common for Keli to run into her former students around town. She was a very popular English teacher, incorporating rap music into her poetry lessons to make it easier for them to connect the dots. “I pulled out all my tricks to make it fun but also make sure they were learning.” The kids were shocked when she would use Run-DMC’s “My Adidas” as an example of beat and rhythm. She would have them write their own poems and then go outside and write them in chalk on the sidewalk for the entire school to see. To say she was a favorite is an understatement. Using her resources was something she had done long before teaching. Keli was involved in many activities growing up. With the ability to hang out with any crowd, she could float from one group to the other seamlessly. In her junior year, she joined the prom committee and planned a prom theme called “This is Your Night.” And it definitely was for Keli. Not finding a dress she fell in love with, she decided to make her own, with the help of her childhood babysitter who was a seamstress.

“Pick out the pattern and the fabric you want,” Miss Rose told her.

Keli felt the deep crimson satin between her fingers. “This one,” she said and flashed a smile. Her smile is always lighting up a room.

Weeks later, Keli donned a flowing satin dress, her hair swept up in curls, and a date on her arm who was willing to dance all night with her.

“That is all I wanted to do,” Keli recalls. “Dance all night long.”

When it came time for college, she decided to go in a direction that surprised many. Keli had lived in Florida her entire life. She had gone from kindergarten to graduation with the same people. Most of her friends stayed at Florida schools. Keli chose another path and headed for the mountains of Boone, NC, and became a Mountaineer at Appalachian State. It was there, while on the bus between college classes, that she spotted a boy standing at the back with red hair and a leather jacket. Keli’s heart flip-flopped. Who was that guy?

Jonathan was studious. He would tell her that he was finishing school at Appalachian State, then going to law school. She had other plans, though. Not long after she met him, she thought, “Yeah, you’re gonna be mine.” Sure enough, days before he transferred to a school four hours away, they said their goodbyes. And then Keli waited. Even though it was gut-wrenching, she knew if he called her, he was all in. Two days later, her phone rang, and it was him. 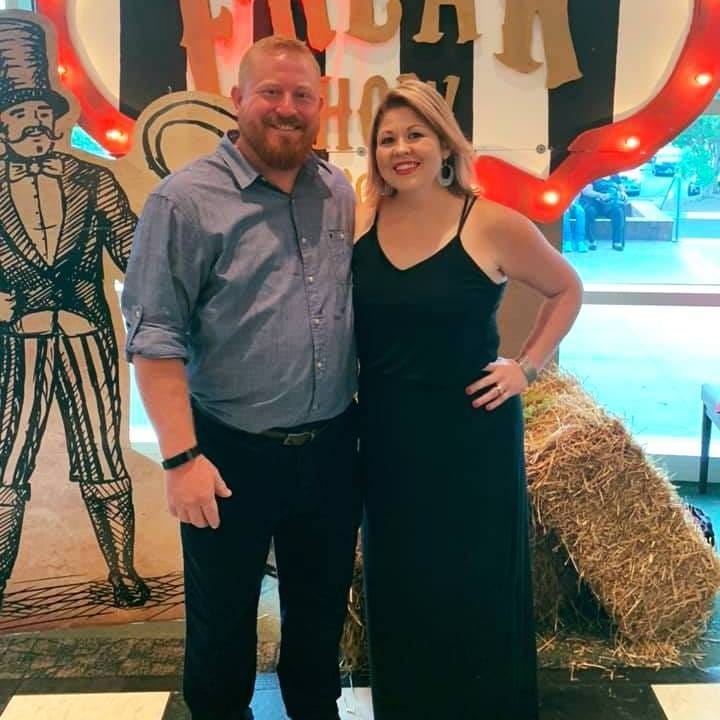 Not long after they were married, they were blessed with a son, Davis. “He’s my gentle giant,” Keli says about her oldest child who towers over her. Four years later, she had triplets, Owen, Leah, and Anna. Keli carried them to thirty-four weeks, two weeks past the average for triplets. They spent two weeks in the NICU, and all three came home on the same day, an almost unheard-of event in the triplet world.

“After that, life was just a blur,” Keli laughs.

A steady rotation of family came to their aid. For the babies, it was a cycle of sleep, eat, change. Keli had to be very scheduled and maintain a regular routine with them. “We still have our schedules,” Keli says. “I was one of those people that would leave birthday parties because we had to get the kids bathed and to bed at a certain time. We needed it.” The trio, as she lovingly calls them, are all different and have their own personalities. Owen is her builder, super smart. Leah is the little momma and helps to keep everyone in line, a future teacher in the making. Anna is a tomboy, obsessed with sports and much more sensitive than her spunky attitude lets on.

Her youngest child, or her bookend paired with Davis, is Ellie who is a perfect clone of Keli . . . times ten. “Ellie loves music and loves to dance! She makes up songs and is truly the funniest person in our family.” Keli has used her resourcefulness and ability to take on any crazy situation in life and transferred it into being one rockin’ senior project manager.

“When the problems come up, I’m able to quickly determine a solution that will hopefully ensure everybody’s satisfaction.”

Making people feel seen and taking care of people is her superpower because she has the ability to see things from all sides. Her previous jobs in retail and in the classroom have helped her to make sure the clients, the editors, and the writers all work collaboratively so the projects at RTC shine.

“Being Southern helps a little, too,” Keli says with her lovely Southern twang. “That Southern hospitality helps me make sure everything and everybody feels okay with whatever the decision is.”

She brings energy into all aspects of her life, through her HIIT workout group, managing five kiddos, singing her heart out to her favorite karaoke song, “Proud Mary” by Tina Turner, or wrapping people in a big ol’ hug and having a conversation like she has known the person all along. Keli loves people from all walks of life.

One thing is for sure when Keli joins a project: her enthusiasm and laughter bring that lively energetic flow to all aspects of the process. And she makes sure everybody feels heard and important, no matter how crazy the project might be. Nothing scares her away from a challenge.

When asked if there was anything else she would like the clients to know, she added that at this stage in her life, she feels like she can manage pretty much any group of people. From classrooms with more than twenty-five students to her own five kiddos, she can keep a structured routine and timeline rolling, while dealing with the different personalities and unexpected things that inevitably pop up!

“I am the queen of organized chaos.”

Read more about our Director of Operations Keli