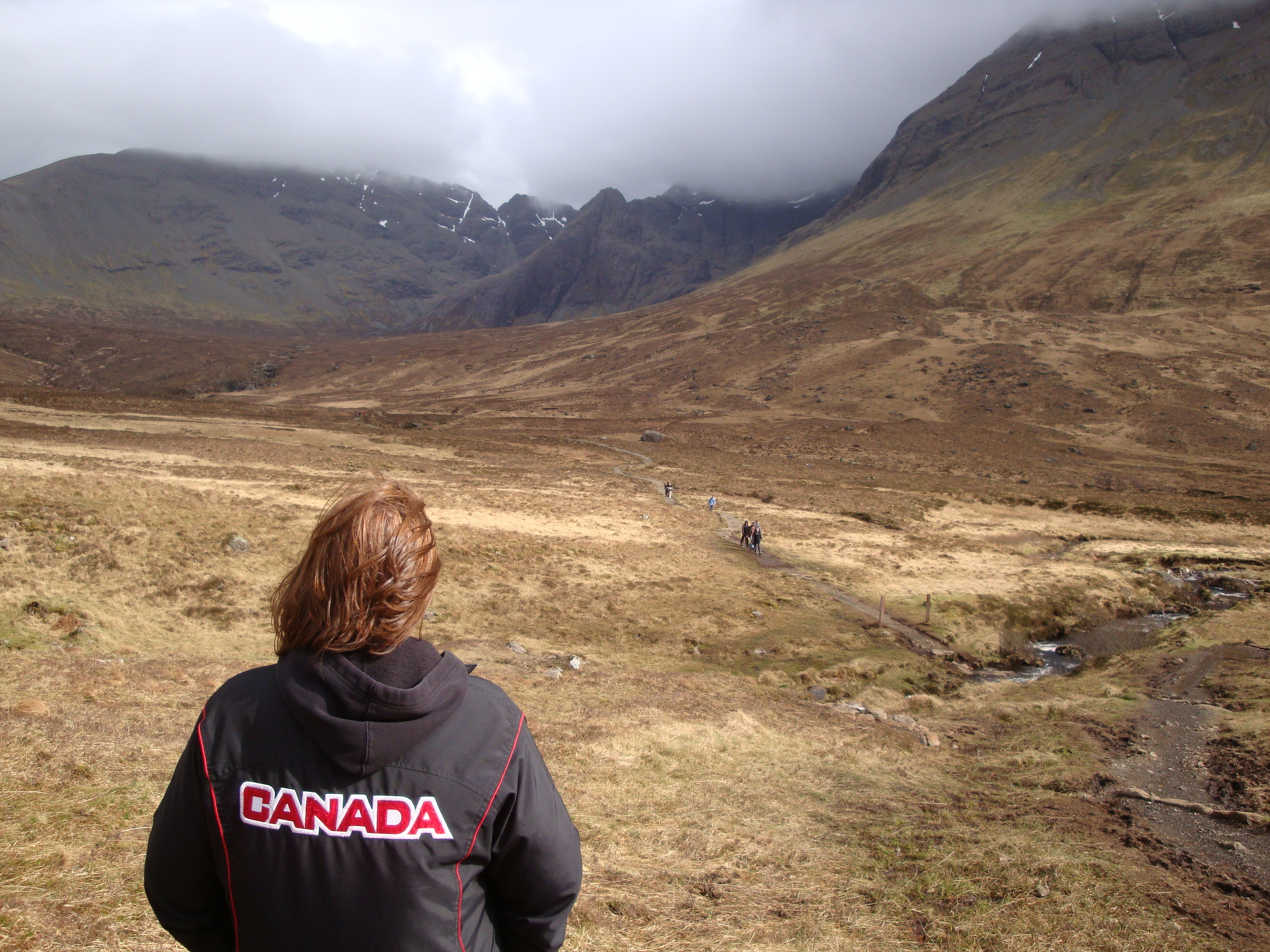 The Wit of a Mindful Giver

By: Sarah Byrd in Get to Know Us

Sheila sat in the corner of the dressing room, eyeing her classmates as she tried to get her hives under control. A few people were in conversation about who was coming to the show that night. One was on their third cup of coffee. Another two practiced mirroring each other’s movements, a beginner’s improv game they all learned at Second City in Toronto. As far as Sheila could tell, everyone else seemed fine. Sheila, however, was convincing herself not to bail.

She glanced around the room again and knew that if she left, she would be letting her program mates down.

For as long as she can remember, Sheila has been a huge comedy fan. She grew up watching comedians such as Johnny Carson and Benny Hill.

She found out about the classes at Second City and was drawn in. Even though she is an introvert and has never been comfortable with public speaking—even interviews fill her with knee-shaking dread—she decided to push herself beyond her comfort zone. After thirty-six weeks of classes, the culmination was this big show. That night, her options were to bail or to go on with the show, and she had a realization: “I'm not the center of attention. I'm not the focus here. I'm one of the team.”

While many people came up to her to tell her how funny she was and what a great job she did after the show, the overarching theme never left her: being part of the team.

From fostering kittens to making sure her footprint on the planet is small, she looks at her life as one of a giver, not a taker.

Sheila grew up in Canada and was the youngest of three, only girl, and only sibling who actually liked school and wasn’t into sports of any kind. The character she most identifies with? Lisa Simpson and her famous line, “Grade me! Grade me!”

“I've always been a huge fan of the Simpsons. That was so huge for so long and so influential and quotable. I could identify with Lisa because I liked school and sought validation from teachers.”

She loved school and all kinds of music although she couldn’t pick a favorite genre. She likes it all.

Before she decided on going to school to be an editor, she aimed for economics. Which wasn’t the greatest choice because numbers were never her strong suit.

Over time, she realized that economics wasn’t what she enjoyed, and editing became a great fit for her, which ended up working in her favor because working remotely as an editor allowed her to move to the States after she met her husband.

As a jeans-and-hoodie type of gal who likes to vacation in places such as Denmark, the Netherlands, and Iceland, Sheila enjoys the frigid weather and even had her honeymoon in Chicago, where they caught Second City’s show, reminiscent of her days at the Toronto location.

When asked if she has been to any place tropical, she answered with her usual wit. “This is Irish blood running through these veins. I'm descended from bog people. I can't spend more than about five minutes in the sun or I'm jerky. You can't see me right now, but I am so pale people often ask me if I'm alright.”

She has three main rules that she lives her life by. First, the golden rule, which is to treat others as you would wish to be treated.

“That's a big thing with me. I try to be mindful of the impact of my actions and choices on other people and do my best to minimize that.” 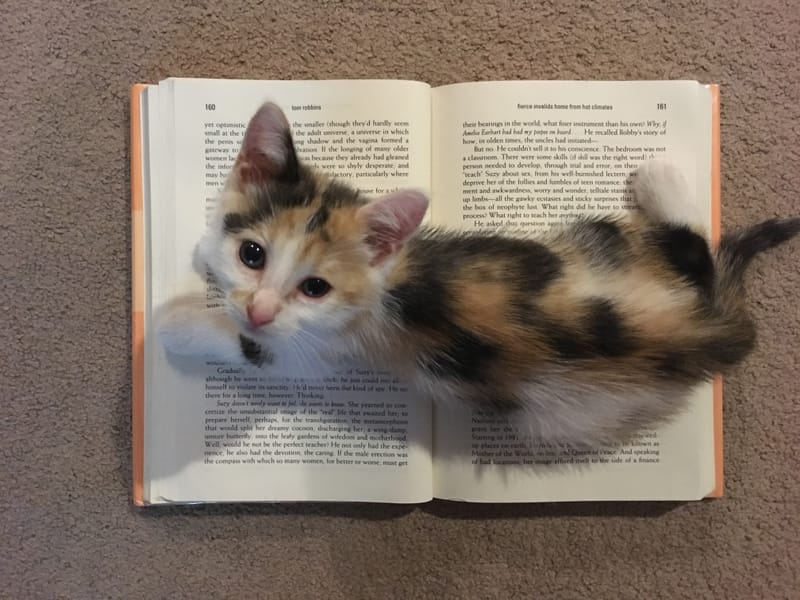 Another one is “Trust, but verify,” and the last is “Be mindful of the work you leave for others.” This last one she heard from humorist John Hodgman, and it really left an imprint on her.

"When we're sitting at a restaurant waiting for the bill, I gather the plates, and I push them closest to the edge of the table where it's easiest for the server to reach them to collect them.”

It's this kind of selfless service that is not only threaded through her when outside of the home but inside as well. Sheila and her husband foster kittens until they find a forever home.

When asked what made them want to foster kittens, she answered, “My husband and I are both from cat families, so we're both cat lovers.”

They take kittens into their home for anywhere from two weeks to a month. If the kittens become sick, these two nurse them back to health.

Giving to those around her is Sheila’s natural inclination to lean in to help. As a proofreader at RTC, she does exactly that when she sees a project.

“I want to make sure that when this thing leaves my hands, it is the best, the most perfect, the most error-free it can possibly be because I take immense pride in my work.”

As a copyeditor, she believes she must be self-motivated because no one decides to buy or not buy a book dependent on the number of typos. She tells me that, generally speaking, proofreaders and copyeditors are not included in the acknowledgments. The only time people want to talk to a proofreader is when egregious spelling or grammatical errors are left on the final pages.

“This is not a job where people notice you when you're doing really well. It's the kind of job where people only tend to realize you exist when things are not good. So, if you’re going to [edit], the motivation to do the best job you can do has to come from within. With that kind of commitment to work done well, her enjoyment is not only of the structure of what is on the pages but the story itself. When asked what her favorite project has been so far at RTC, she jumped at a recent book she copyedited called It’s Not Your Fault, a book about the way society views obesity and that presents a revolutionary way of thinking about it as a health concern and a disease.

Sheila is passionate about this message because, as a person who has dealt with the discrimination that results from being overweight, the message of not being judged based on the weight her body carries is an important one.

"The book had a very strong message of ‘Put aside your judgments, put aside your shame,’ and the RTC writers did a brilliant job. The book is a perfect marriage of medium and message because it has such a friendly, nonshaming, nonjudgmental tone. I've been overweight all my life. That book had personal significance for me.”

With Sheila as part of the team here at RTC, the work she does as a proofreader goes beyond what is expected. It is as if she were taking her own story into her hands, making sure the words on the page are clear, concise, and as impactful as she is to those around her.