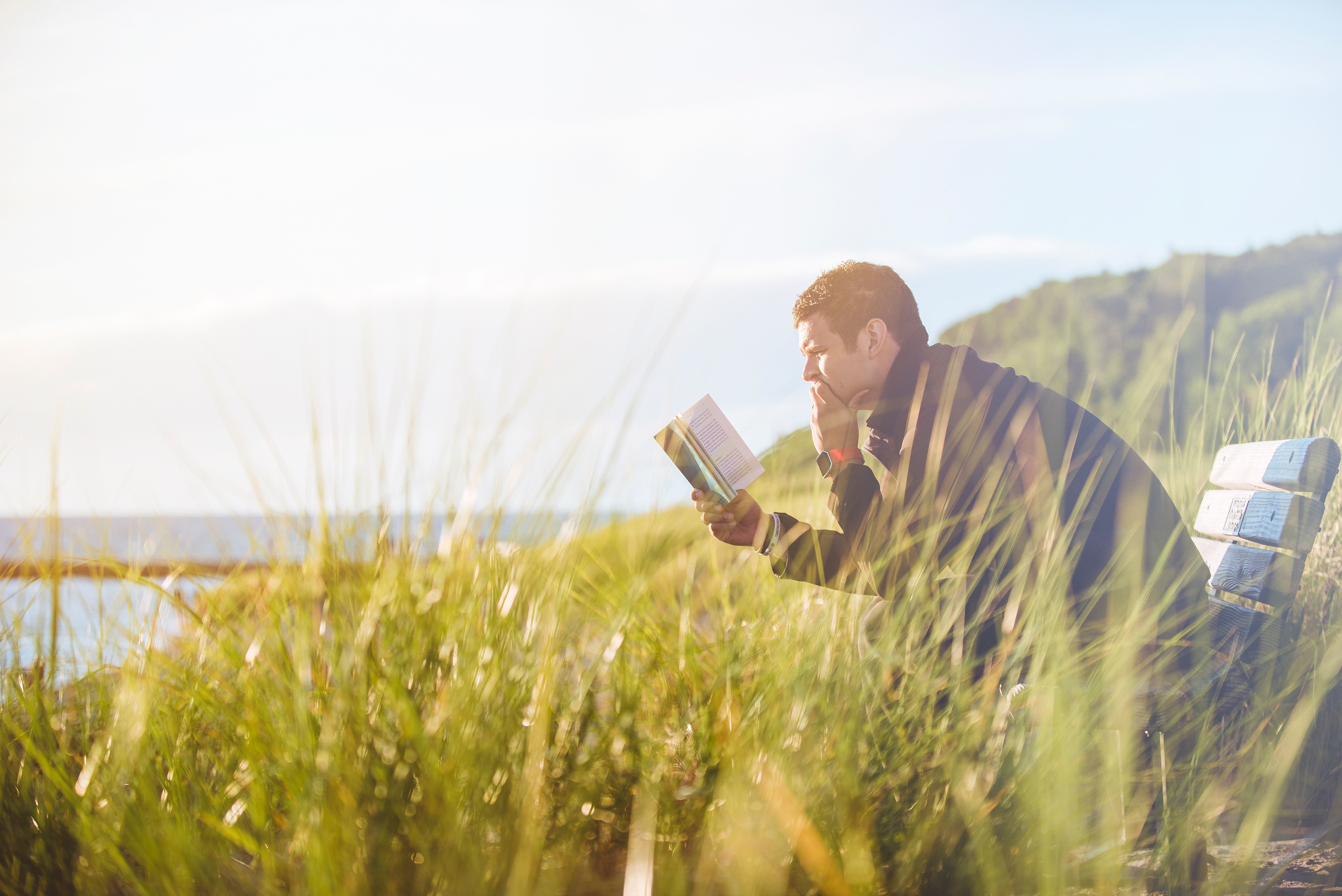 Tell Your Story to Transport Your Readers

By: Sarah Byrd in Book Writing and Editing
on December 3rd, 2018

Rebecca slammed her book on the coffee table and jumped up.

“Stupid! I can’t believe he left her!”

She marched to the kitchen and threw the faucet on as she picked up the dish scrubber and went to work heartily on the pan soaking in the sink.

Her husband peeked his head out of the office door with a furrowed brow. “Um, honey? What is going on?”

“Lee Anderson is what’s going on. He left Katherine, and I can’t believe it. The years she gave him!”

Rebecca threw the scrubber in the soapy dishwater and roughly turned off the water—unsuccessfully, as a few dribbles continued to escape. She swiftly entered the living room and picked up the book she had just finished reading. She waved it wildly in the air.

“My heart feels broken! This guy, this book! This storytelling!”

Storytelling Shakes Your Readers from their Ordinary Experience

Have you ever been so immersed in a story that you felt like the characters’ lives were truly entwined with yours? Or have you been so enthralled in a book that, when you glanced at the time, it was three a.m. and you had three hours to sleep before getting up for work? You aren’t a crazy bibliophile. Researchers have developed something called the Narrative Transportation Theory. The premise confirms what every reader knows: good storytelling can transport you to another world, even if you don’t have the transporter from Star Trek.

Think of it: the lights are dim, there is a scratching noise coming from the TV as, on the screen, a velociraptor tries to enter the kitchen. The two children in the film scramble to hide before the cold-blooded creature devours them. But wait! You hear a sound in your own kitchen. Eerily, the same scratching sound echoes at the base of your refrigerator. Do you go check? Perhaps bring a weapon with you in case you have to fight off an errant velociraptor that had escaped from the movie? Though dinosaurs have been extinct for about 66 million years or so, when you’re so invested in a story about them, your stress levels skyrocket and your rational thoughts are shut down, replaced by the fight-or-flight response. Your emotions are controlled by simple storytelling with the same intensity as real-world events.

Or you finish a good book and check your phone. Thirty text messages await, twenty-eight of them from your mom. She has been texting you for the last three hours, and if you don’t answer she may think you have been trafficked. Since you were transported into the fictional world of the book, you became less aware of what was going on around you. A good story can work that way, pulling you in and holding your attention. The fictional world can take precedence over the real world until you ignore what is happening around you.

But that’s not all that stories can do. They don’t just transport you and play on your emotions. They can add to your life’s experience. In Star Trek, transporters convert people into an energy pattern, transport the pattern, and rematerialize the person anew, essentially building them from the inside out. In a similar way, storytelling can take you somewhere new and recreate who you are, adding a new experience in your collection of memories.

When you go on a journey with someone and feel what they feel, struggle when they struggle, laugh when they laugh, and burn with murderous rage at undeserved injustice, you come out a different person. You didn’t really experience those things in this world, but your mind did. According to researchers from the National Institute of Neurological Disorders and Stroke and the National Institutes of Health, brain scans show the same activity whether a person is performing a task or just actively imagining it. In other words, being transported into a story world doesn’t just mean feeling like you’re right there with the characters—for your brain, that’s exactly what’s happening.

Were you angry at the Capitol when innocent Rue died in The Hunger Games? What about when Margot was locked in the closet in Ray Bradbury’s “All Summer in a Day”? Did you feel the injustice in those two stories? Did those stories make you more compassionate towards those that are bullied or who stand up for the little guy? As far as your mind is concerned, you were alongside the raging Katniss on her knees screaming out to the Capitol. Or you were glaring at your classmates who had enjoyed the two hours that the sun shined while you were locked away and would have to wait another seven years to feel the warmth on your face. You lived those moments. And because of this, you aren’t the same person as you were before you entered the book. The words on the pages changed you.

Tap Into the Immense Power of Storytelling

Stories are so convincing, it’s no surprise people in positions of power have turned to censorship to try to stymie their message. For example, Animal Farm by George Orwell has been banned at various times and in multiple countries since its publication. Why? Governments were and are to this day afraid that, upon reading it, people will be changed and will see their government in a new way, possibly resorting to civil disobedience. Authorities inherently know storytelling can change people.

What if you could tap into this power and give readers a glimpse of your own world? With book writing you can. If you love the idea of being the transporter, capable of creating entire new worlds, RTC has a range of professional book author services, including book coaching, to serve you.

And next time you glance at your clock trying to figure out how many hours you have to squeeze some sleep in before work, are heartbroken because the main character in a story suffers terribly, or decide to travel to Italy, India, and Bali for self-discovery after reading Elizabeth Gilbert, know that you are not crazy. You’ve been transported without being teleported.

Will your story transport your readers?