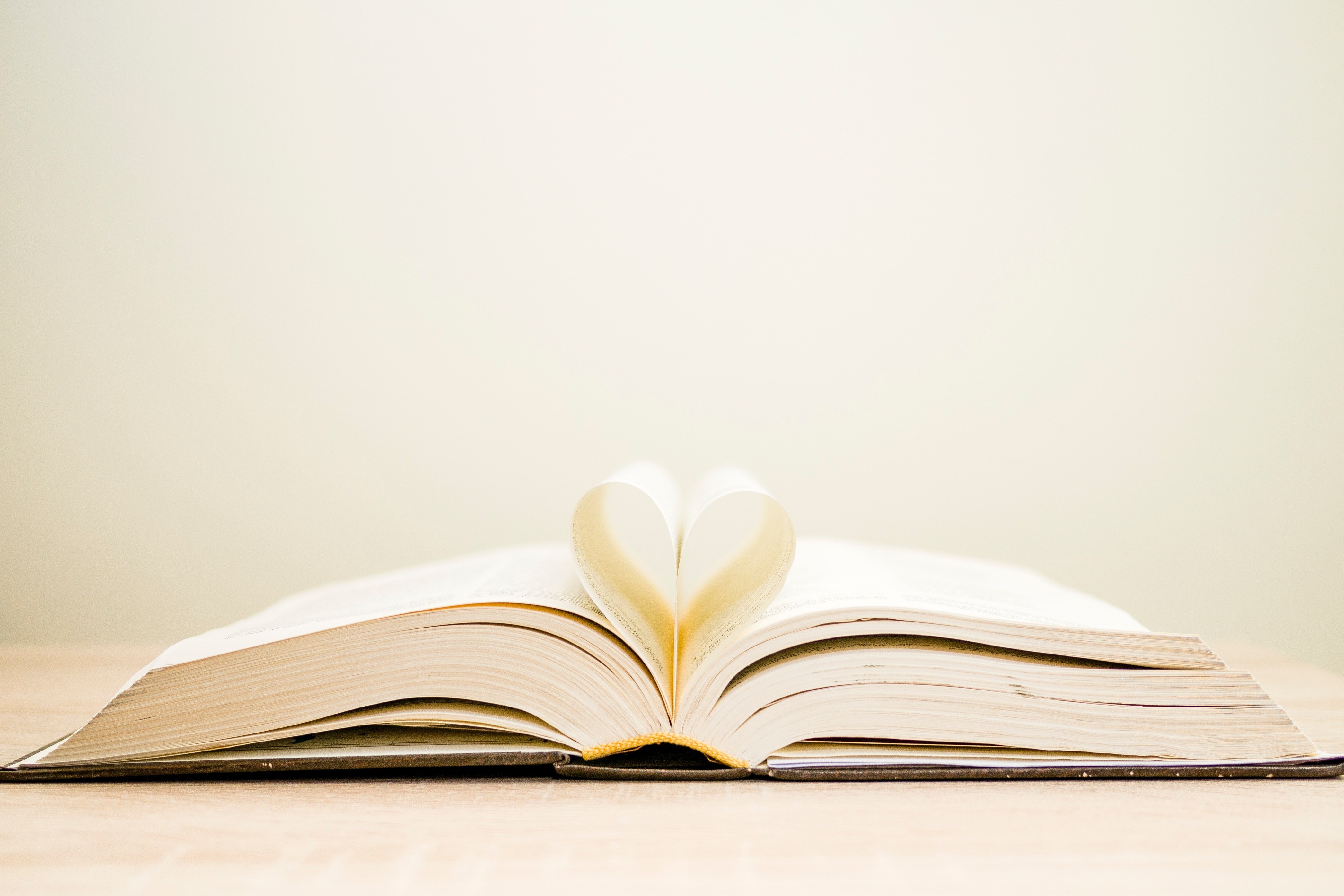 How Vulnerability Can Help Your Book Writing

By: Geoff Campbell in Book Writing and Editing

As a writer, I’ve tended to see my life as a story.

In truth, I suppose most people do this, because it aids with sense-making, whether we're writing a book or not. So many contradictory and seemingly unrelated things happen in our lives; we pick the pieces we choose to remember and create stories of our lives, a workable narrative that both gives our lives meaning and helps us make sense of life’s chaos.

This story-making gives us power—and our sense of identity. It doesn’t even seem to particularly matter whether that story makes us look or feel good for us to crave and cling to its plot lines. Whether we’re the take-no-prisoners masters of our fate or the woebegone societal afterthoughts to whom bad things always happen, there’s a safety in the stories we hold. The world makes sense to us.

But every now and then, something happens that causes us to lose faith in the stories we’ve always told ourselves.

Book Writing Can Happen at Any Stage

I was lucky. I was in my 50s before this happened to me.

At the time, I was an award-winning media writing instructor at a large state university in Texas, bringing my real-life experience as a journalist and writer into the classroom. When my wife got a promising job offer in New Orleans, I readily agreed to follow her. My internal narrative told me I’d have no problem finding work as a teacher or writer.

Months later, after applying for hundreds of jobs and receiving just a handful of responses, all in the negative, I found myself in a new story. None of the plot lines appealed but all led to the same conclusion: I wasn’t as good as I thought I was.

So, smack dab in the middle of a city known for its hospitality and joie de vivre, a city where dreams come true, all my old, reliable stories began to unravel. I developed a highly refined sense of learned helplessness. Even as I applied for jobs I knew I’d hate and wouldn’t get, I felt wounded and diminished when I didn’t receive a response. My body grew heavy, and my heart seemed to harden. I felt I’d become invisible, isolated, forgotten.

I dealt with my growing leadenness in the only way I knew how: I wrote. In a blog piece, I wrote about my feelings—all of them. My loss of sense of worth. My fear of never working again, at least not in the fields for which I have my greatest gifts. My growing sense of alienation, with others but most especially with myself. My feeling of invisibility.

A sliver of me hesitated before I hit the publish button. I wasn’t presenting myself as the captain of my destiny, after all. Was this really the way I wanted the world to know me? It was a momentary hesitation. I hit “publish.”

Within hours, I was flooded with support from former students and colleagues. One of my previous bosses wrote a beautiful note of support, along with some helpful suggestions. Even strangers who stumbled across the blog wrote with commiseration, insights, and suggestions.

Of course, some well-meaning friends told me in no uncertain terms to take it down now, but I’d learned something important: for the first time in a long time, I was living as my authentic self, warts and all, and the people who matter to me most loved me anyway—more, even. Although I am no longer the person described within the post, I’ve kept it up as a reminder of who I was then and of who I might again become.

I’d learned the power and beauty of vulnerability.

Is Vulnerability at the Heart of Your Book Writing Story?

It’s hard to say whether it was the sharing or the support my sharing engendered, but somehow that blog post flipped a switch. The fever broke, and I had a whole new attitude. It wasn’t long before my wife shared an ad for Round Table Companies. When I applied, it was not from a diminished sense of self, not as the wounded and irreparably broken person I’d begun to see myself as only weeks before. By being vulnerable, I had discovered I was much larger than any of my previous stories had allowed me to be. When RTC founder and CEO Corey Blake wrote me and said, “I see you,” I felt as though I’d come home.

At RTC, one of our slogans is, “Vulnerability is Sexy.” The great thing about RTC is that this isn’t just a slogan but a way of being. And I’ll go further. Vulnerability isn’t just sexy. It’s a portal to a new and fuller life.

Still, just a few months later, the universe apparently decided I needed a refresher on the power of vulnerability. My wife and I had enjoyed a pleasant Saturday exploring outside New Orleans, made plans to have frozen yogurt for dinner, and decided to get gas before heading home.

I hopped out of the car to pump gas, and I vaguely remember asking my wife to pop the gas tank door and turning toward the pump.

The next thing I knew, my wife was gently pressing my chest to keep me from rising. “You need to stay down,” she said. “You’re hurt.”

I’d passed out, hitting my jaw on the gas pump island. My wife had rushed out and begun to apply paper towels to a gash on my chin. When she went to get fresh towels, I’d tried to stand up but fallen straight back, hitting the back of my head.

My heart began to race, and my stomach began to flip—fear. I needed, or thought I needed, to regain control. But it was too late. I’d become what I’d always dreaded—a spectacle, as strangers began to circle me.

I’ve always been a terrible patient. Whether having an asthma attack or enduring the flu, I’ve never wanted to be a bother. But as I lay there on the hot, oily pavement, surveying the concerned but kindly faces around me, I realized I had no alternative but to trust.

Sometimes I can’t be in control. Sometimes I don’t have all the answers. Sometimes I have to be still and allow others the opportunity to share their gifts. There was the young man in the LSU polo who held my hand. The nurse traveling to Florida who took basic vital signs and kept me from getting up (I really wanted to find a mirror to survey the damage) while her mother blocked the sun from my face. The middle-aged man with the salt-and-pepper goatee who called 911 and waited with me till the ambulance arrived. The EMTs who started an IV drip and helped me begin to piece together what had happened; I was dehydrated, my blood pressure had plummeted, and I passed out. The ER team that showed me I had a hairline fracture on my chin and a shattered right jaw. And my wife, whose determined calm helped me to trust.

Of course, that day was just the beginning of a journey. The days that followed brought persistent pain, post-concussion syndrome fog, insecurity, surgery, and a loss of innocence that comes from knowing that those things that only happen to other people can in fact happen to me.

The days that followed also brought milkshakes from concerned friends, friendly check-ins from colleagues, and a growing realization that I am at my best—even when I’m at my worst—when I am my authentic self, whoever that happens to be at any given moment. I’m at my best when I’m true to my truth.

I’m at my best, in short, when I’m vulnerable.

During that hazy period, I was insecure and afraid, fearful not only of what had happened or that it could happen again, but of what might have happened. An older version of me might have swept all that into a corner, hoping no one would see it. This me shared it, laid myself bare.

Instead of feeling diminished in the sharing, I discovered greater strengths than I ever knew I had. I also rediscovered the essential goodness of everyday people—something I now strive to remember, especially when I’m not helpless.

Just recently, I moved back to Texas, where I’ll once again teach journalism classes as a part-time instructor while continuing to write and edit for RTC. I’ve already caught myself imposing a narrative line on this life change. Some things die hard. And that’s okay, I think, because vulnerability will be at the heart of this new story.