Two beautiful test prep books later, Magoosh has been able to grow their awareness and brand.

Magoosh was looking for support writing guides to aid students studying for the ACT and GRE. They already had a large audience of millions of students using their online materials, but they wanted to write a study book students could use in a whole new way. They also wanted to make sure their material was accurate and enjoyable for students spending long hours with the books. 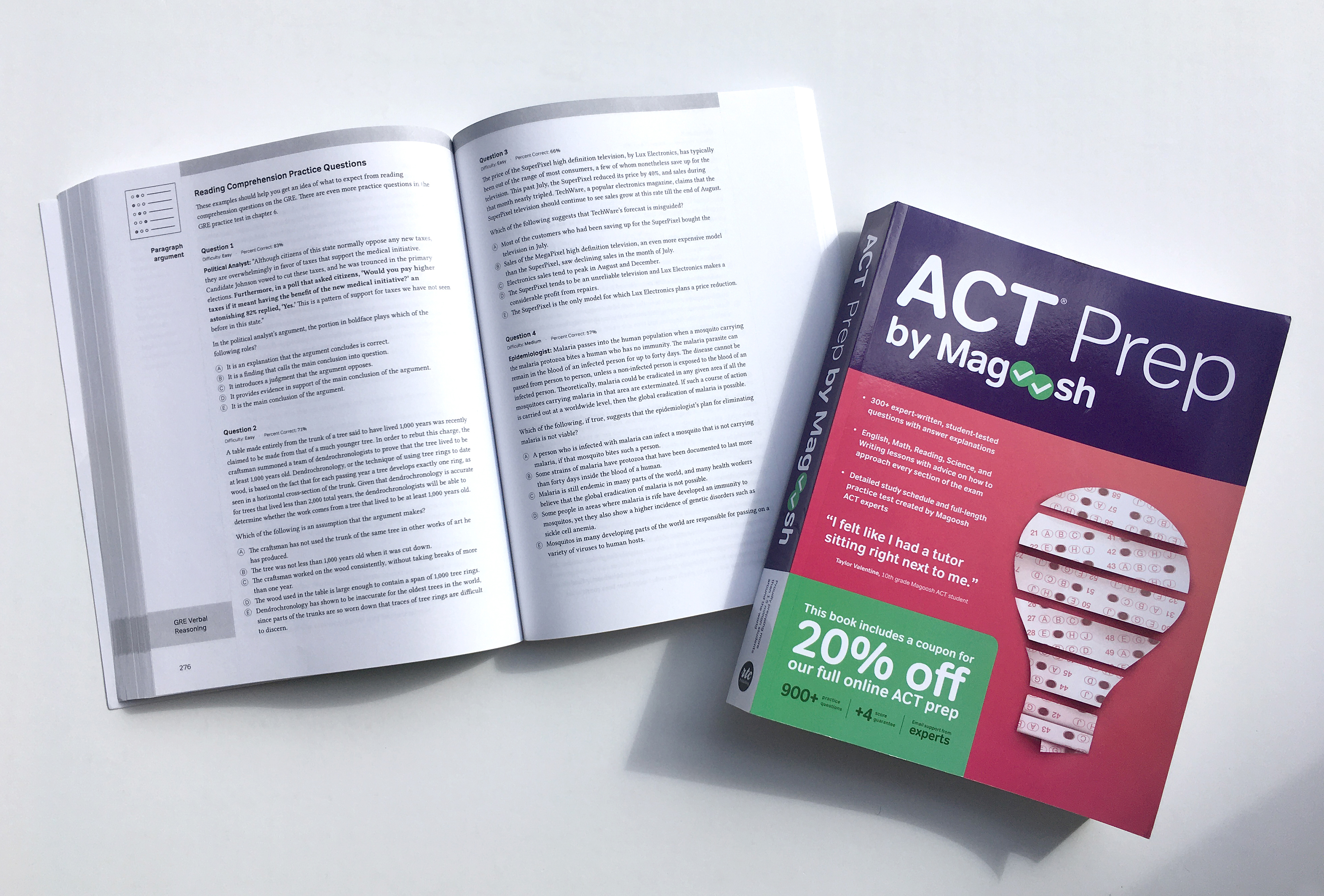 Prepping for the ACT and GRE tests is not only stressful, it is not always the most exciting process. Magoosh wanted to add a dose of fun and heart to the process. Another big challenge: each project was hundreds of pages of tests, examples, and lessons which needed to be meticulously fact-checked.

The Magoosh team worked with RTC’s designers, proofreaders, and editorial team to create accessible and reliable resources for students studying for tests which could shape their academic future.

ACT Prep by Magoosh: ACT Prep Guide with Study Schedules, Practice Questions, and Strategies to Improve Your Score and GRE Prep by Magoosh were published in 2017 and 2018. GRE Prep by Magoosh received a 4.6 stars out of 5 rating on Amazon on 235 reviews. The books sold over 22,000 copies by early 2019. The books improved brand awareness and received positive feedback from students. The book also created new connections for Magoosh. When users search for “Magoosh” on YouTube, one of the first videos they encounter is a video created by a student influencer, featuring GRE Prep by Magoosh. That video has garnered 11,000 reviews for its creator, Zoe. When Magoosh learned of Zoe, they reached out to her and offered her a coupon code for viewers. Within a few months, it has been used more than 150 times by more students looking to order Magoosh products.

Magoosh came to RTC with no experience with creating or publishing a book. Now, two beautiful books later, we’ve been able to grow our awareness and brand with our highly-rated test prep books (4.6/5 stars on Amazon!). Thanks to RTC for their support!