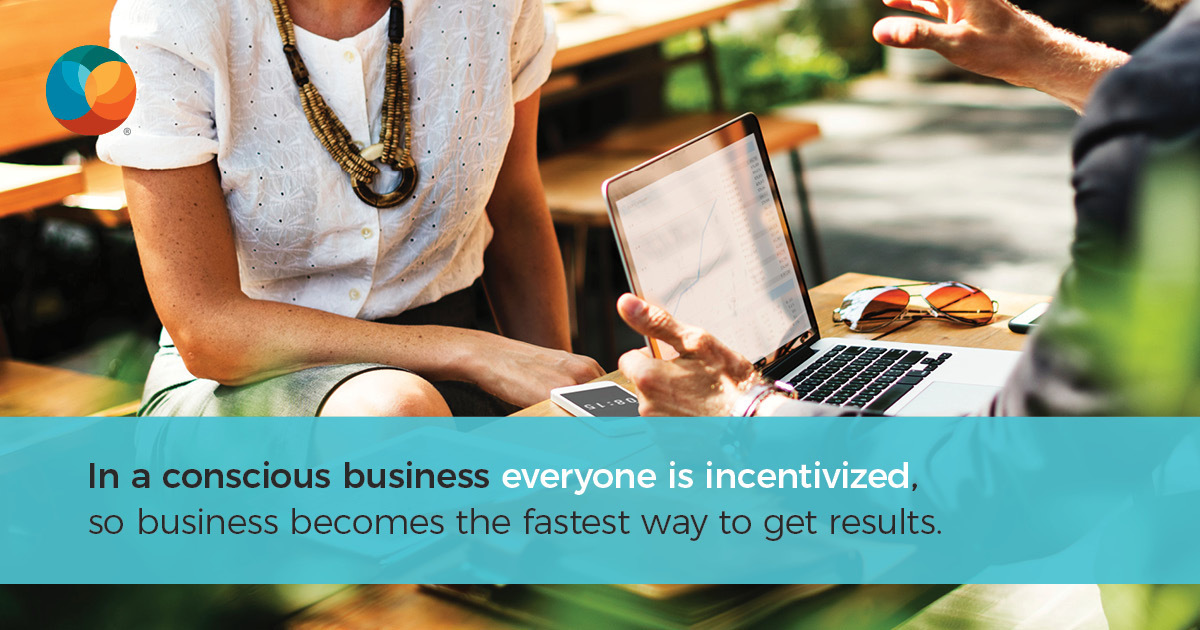 By: RTC Team in Conscious Capitalism

In Miki Agrawal’s eyes, as for many Conscious Capitalists, for-profit means for the greater good. Her companies Thinx, Icon, and Tushy help refine hygiene and personal care for users by offering affordable and innovative ways to deal with menstruation, incontinence, and hygiene. Thinx also helps deliver feminine hygiene products to women in Africa, while Tushy is involved with sanitation initiatives in India.

For Agrawal, creating a conscious business is the best path to changing the world, disrupting norms, and having fun while getting the job done. But making a difference doesn’t always start with a grand vision. For Agrawal, Thinx started with a three-legged race. In 2005, Agrawal and her twin sister were at a family barbecue, winning a race and intent on getting those coveted bragging rights, when Agrawal’s sister got her period. The two of them finished the event and then dashed together to the bathroom to handle the issue.

Then inspiration struck: what if there was a product that could handle this very situation?

Agrawal did her research and found that making this type of underwear could change the quality of life for her and millions of women. Women who worked in emergency rooms and surgery departments, where a trip to the bathroom had to wait until after a life was saved. Women who had medical conditions that made their periods unpredictable. Women driving ambulances, fighter planes, and spaceships. Women like her, who had “accidents every single month.”

But Agrawal always knew she wasn’t in it only to make money. For her, the desire to make a difference was instilled in her early. Growing up in Montreal, she watched as her parents quietly went about solving problems in their community, using business as a tool. When the family realized there was no camp for gifted kids, Agrawal’s mom created one for local families. It gave Agrawal her first taste of the power of business: “You don’t need money. You don’t need resources or have to know anybody to solve problems. My mom had a thick Japanese accent and my dad came from India, and they made it happen.”

In her work with Conscious Capitalism, where she is the youngest board member, and through the companies she founded, Agrawal is a big believer in the power of conscious businesses to change the world. While non-profits and governments have their place, Agrawal notes that the difference with conscious businesses is that “everyone is incentivized, so business becomes the fastest way to get results.”

Conscious companies provide a chance to create a mission and product that are aligned to allow for success at every level. Each of her companies solves a problem at the micro level, but their widespread success addresses larger-scale problems. Thinx, Tushy, and Icon are all disrupting industries that have historically produced enormous amounts of paper waste, and are now creating a more sustainable option for people everywhere. Her solutions become accessible for a larger audience the more her companies, and profits, grow.

While money in business isn’t the main goal, it does “make it a fun sport.” Agrawal points out there are “faster ways to make money than in the trenches” of starting a business. But for her, money is an important part of the equation. As she notes, “it’s a metric” and it turns changing the world into a sport. “I’m an athlete. Most entrepreneurs have that athletic, competitive spirit. If your incentives are aligned properly and you’re doing it for the greater good, then changing the world becomes fun.” Business and money are also an important part of our culture: “Without incentives, we’d live in a poor communist society. Business drives the world forward.”

For her, conscious businesses are a way of “figuring out how to win,” and they create opportunities to change the conversation. “With Thinx, I had the opportunity to change the period conversation. I’m so proud of that. Now, I’m going to do that again with Tushy in the sanitation conversation. Nobody wants to talk about poop, and poop is so unsexy. But we’re making it cool and making it interesting. That’s a great, fun challenge.”

Fun also becomes an important goal in and of itself. “People forget you have to have fun,” she points out. “As we grow up, we are told to get serious. Get your head out of the clouds. Get real. You lose your childhood state of curiosity, playfulness, and awe.” For Agrawal, launching a business is part of that childhood state. After all, Thinx would have never been born without playtime at a barbecue. For her, wanting to make changes through business is a natural fit because “incentives are not just economics. It’s the opportunity to change the world and the culture.” If done right, Agrawal points out, “business is a way to capture some of that mouth-agape childhood awe,” which we might miss if we try to tackle an issue without incentives or a sense of fun.

This piece originally appeared on Elevations, the Conscious Capitalism blog.