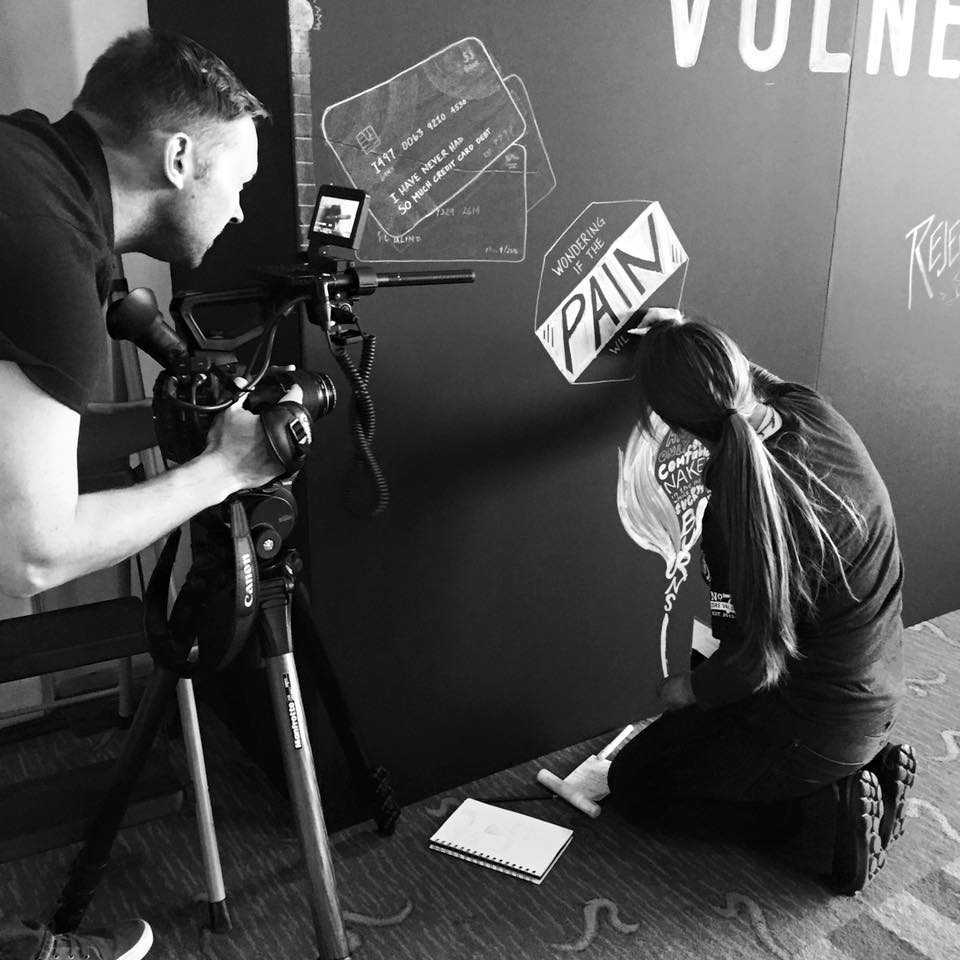 By: Early Light Media in Event Experiences
on April 26th, 2017

Early Light Media is an ambitious team of journalists, educators, producers, artists, makers and doers who create powerful videos that shift perceptions. We use video to capture the human experience in a way that is both beautiful and relatable.

What gave you the idea to create a short film? I was introduced to Early Light Media (ELM) by a mutual friend with aligned values. In looking at what ELM does in the world, my mind started percolating. Truth is, I often engage in projects because I am moved to find a way to play with people who I share values with and find fascinating. This was one of those moments. Of course we had to have a story to tell and it just so happened that our work around Vulnerability is Sexy was gaining ground and the timing was perfect.

Why did a documentary make sense for your brand and company? Vulnerability is Sexy is a challenging combination of words for people. The [Vulnerability] wall, [an interactive art installation that RTC sets up at events] invites them into an experience, as does my TED talk, and our game by the same name. Each is an invitation into the gift we are offering as an organization. What I hadn't yet synthesized was the bigger message around the entire Vulnerability is Sexy movement. This film supported me in exploring that question. The documentary made sense as a way of finding the next evolution of how to share the message. It forced me to rethink what the essence of the message was and it brought in the objective support of a talented storytelling team to help me find and package that essence. So the process was the primary value for me. As a result of trusting the process, [both ELM and RTC] now have this incredible vehicle to share what we do with the world. And you better believe we will use the heck out of it. Having created a grand-slam piece of art is an incredible conversation starter and I have no doubt it will generate an awesome amount of new business with customers who are aligned with our values.

Was it a challenge to play the dual role of both producer and subject? To be honest, I wasn't needed much in the way of production. Jody was there to support Dave on the first shoot and then Dave and Darren together on the second allowed me to primarily worry about being the talent. I had to sit in the producer's chair primarily when viewing the edits and determining where the essence of our work wasn't yet matching the message of the film. I'm fortunate to have a lot of practice in that role at RTC so from my perspective this was smooth.

What do you hope that people get out of a watching “Vulnerability is Sexy”? I sincerely hope people have a holy shit moment that is strong enough to propel them to try on a new way of being. It's a big ask and I know that, but I've seen such life changing results from this work that it is my wish for the audience. If people watching can remember the challenge to invert the ladder and enter relationships from a different place than they would typically, this has the potential to be wonderfully impactful.

What has been the most meaningful feedback so far from those you’ve shown it to? After we showed the film at the [Conscious Capitalism] CEO summit, one of my close friends, who I really only get to see once a year in that space, came up to me and grabbed my shoulder. I could tell he was struggling for the right words to express himself. Eventually he went on to summarize what he received from the film, and he nailed my hopes for the message so succinctly that it floored me. It was incredible validation from both his heart and his intellect. I will forever remember his as the first reaction in public to what we've done with this project.