My heart was beating hard as I joined the group; a clue I was supposed to respond. To say it was out of my comfort zone is putting it mildly. I saw the hand and tapped it without really thinking through what it meant or who was listening. The warm greeting touched my heart and being the first person in this Academy session to say something was a big threshold for me to cross. I don’t often take the lead so it was a big step and I believe it allowed me to step into who I really am somehow. It was a story I longed to tell that I mostly feel no one really wants to hear.

It was a moment I stopped breathing. I stepped into a realm of total strangers and I’m going to tell this profound story to them. Do they care? It was helpful not to see faces. And I got to tell. I got to wander into places I hadn’t before. It had only been a few weeks since I had survived Covid; the reality that I had narrowly avoided death was still very raw. If someone was judging me, I didn’t have to see it. I remember saying things I didn’t know I was going to say and now I don’t remember it all. It felt freeing to speak about how I came so close to death. 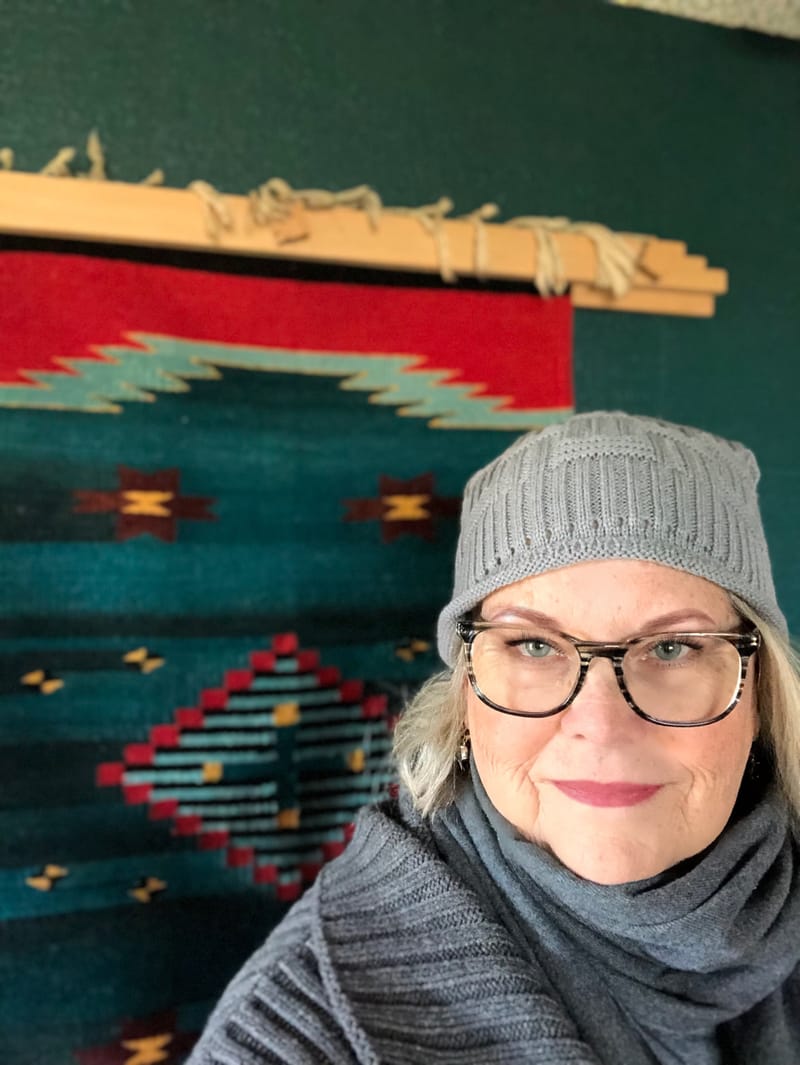 Telling my story was the most impactful. And knowing I was being heard? I didn’t really grasp that until the end when Corey asked me questions and then my classmates made comments. What? They were more than listening—they were LISTENING. They were in that moment with me. WOW . . . it brought an energy I still feel. I want that; I want to be with others that way.

Before I shared the story it wasn’t as alive. I lived it, but it became alive as I told it and had the space to be with moments rich with life at the time were fraught with fear and abandonment and sheer terror, and then Corey asked me a question about something from childhood and I saw some things that connected dots.

I feel proud that I was brave and took a risk. I feel a little shy saying I love how I’m the first person who told their story in our group. I’m the seventh of nine children, lost to those before and after me, a person who hid, who never knew who she was. I’m still finding her and speaking out loud like this is an incredible opportunity. I think everyone would benefit from this kind of storytelling and I’m grateful for this space to do so.