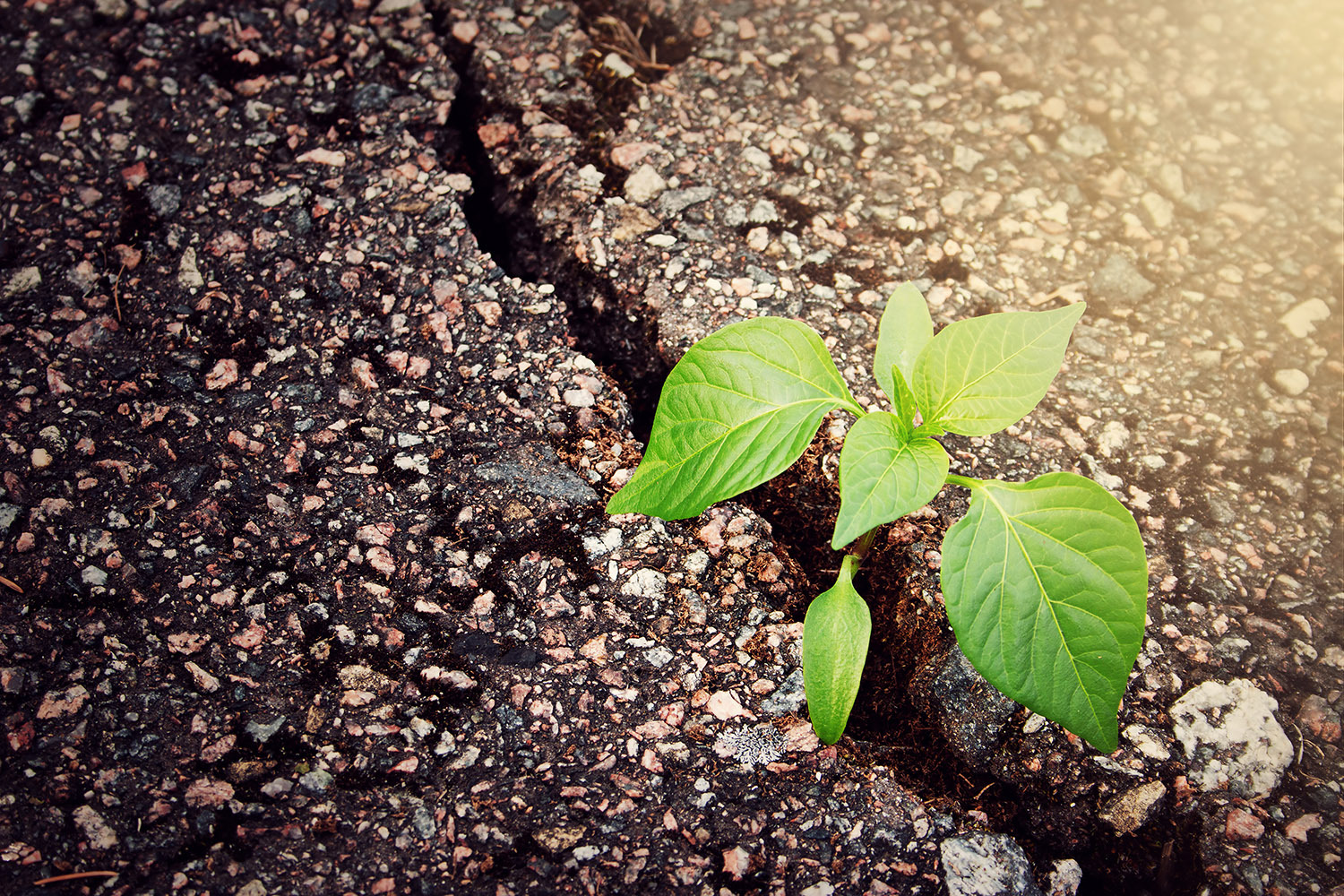 Connecting the Dots between Your Story and Your Purpose

By: Kelsey Schurer, Executive Editor, Round Table Companies in Purpose

As I sat in the chair next to my sister, I couldn’t help but feel the resistance in the air: how she struggled to work with the prompt in front of her, the huge ask of articulating her life’s purpose in just one sentence.

Throughout the 60-minute workshop, my sister’s attitude toward excavating the deeper purpose within her was one of trepidation: nervous laughter, fidgeting with her clothing, and itching to pick up her phone and mindlessly scroll. All the gestures of resistance were on full display. But perhaps the most powerful one and the one I was determined not to brush off was her adamant belief that she hadn’t experienced true pain in her life.

“I don’t have a story like that,” she said over and over again. “My life is pretty good. I’m blessed.”

Even when I probed deeper into her childhood memories—some experiences I observed firsthand as the younger sister—she continued to resist the depth of her story: “I don’t remember. My memories just aren’t that vivid.”

And still, she sat through the workshop, fidgeting and sighing and fidgeting some more. But by the end of the 60 minutes, she had put pen to paper and gotten out the first draft of her purpose, pruned and distilled into one single sentence.

When she read it out loud, she looked over at me and said, “I love it,” and then she looked back at the page and said, “That’s it. That’s exactly what I want.”

And then, after a pause, she stood completely still—no fidgeting—and whispered, “Thank you.”

Your Purpose Is Your Story

Flying back home from a weekend in New Jersey for a friend’s wedding, I looked out the window and could no longer remember the romance of the weekend. My phone screen remained dark, and my hands shook, trying not to pick it back up and scroll through the comments.

I had never been bullied online before—not until this moment. And it wasn’t even from strangers, but from people I thought I knew: my friends, colleagues I would still have to interact with in person on a regular working basis, while pretending what they were saying to me wasn’t hurtful and wasn’t eating away at me and how I saw myself.

I won’t get into the specifics of what was said, in the comments section or in the private messages that flooded in thereafter. All I will say is that my heart was shattered, my faith was ridiculed, and my identity had shifted. I suddenly went from the girl who was confident and strong and secure in her voice to the girl who got shamed in public. Who got mocked in public. Who got belittled in public. Eyes watching and reading, hungry to see it all unfold in its ugly glory.

As it was happening, all I could think was MAKE IT STOP.

I didn’t know what else to do except draw a very firm boundary line over my life and the words that could be spoken over it. So I blocked them, unfriended them, and turned off my phone only to board an airplane.

After, I felt immediate relief. I could breathe. The eyes weren’t there. The words weren’t there. And yet, they had already pierced me. Already done the damage. I had lost a part of who I was, and in its place, my confidence undone—my shame at who I was growing louder and louder: What would happen the next time I saw them in person? We worked together; what would be the ripple effects of our professional realm? What would happen now that the power dynamic had shifted? For those who witnessed it, would lines now be drawn and alliances established? Would they even care?

That evening, I stepped off the plane, headed home, and let the feelings fester. For a few days after, I was snappy to my loved ones and bitter and trapped in my feelings, and it wasn’t until one night at my parents’ house when I was making tea in the kitchen and suddenly everything hit me—I dropped the tea mug on the counter and started sobbing and my mother and father rushed to hug me.

That online ordeal finally caught up with me. My interactions online and with those I had to see in person were never going to be the same. I had lost the way things were and the way I saw certain people in my life. I had lost how I saw myself, as someone who, instead of standing her ground when a battle begins, runs and hides.

For all the public to see.

The next day, I took out my paints and the biggest canvas I could find. Propping everything on a wooden easel, I shaped my color palette with pinks, and yellows, and lime greens, and turquoises, and blues, and oranges, and every bright color under the sun.

I stood in the light of the open window, took a deep breath, and, with the brush in my hand, I began to heal.

Connecting the Dots between Your Story and Your Purpose

These three words kept popping up for me time and again in my life, intertwined in ways I couldn’t articulate or explain or truly share with another. I knew somehow they were fueling me to press onward, to live my life on my own terms, full of emotion and full of passion and full of—yes—even pain. I knew that grief was the thing that undid me; my faith was the thing that, against all the tests and trials, kept me tethered; and art was the path I carved out for healing and restoration.

I had no idea these three words—grief, faith, art—would become the fragments of my personal purpose: the thing I ran back to when I wandered too far off the path, my anchor in the chaotic waters. I never even thought I would be able to articulate my purpose in just one complete sentence. How do you go about shaping your life down to the smallest of phrases? Taking my full story—my reason for being and believing and doing in this world—and, like an accordion, pressing each scene over the other until I can describe the details in just one strand of words.

And yet, there has to be. Because we live in a world where we are hungry to know one another. We are hungry to understand one another. And we are trying so hard to connect with each other, across huge divides. Whether we are on opposite ends of the globe or every interaction is through social media, we are looking to show one another our true selves and how we can make an impact on the world.

And it seems silly, marketing oneself. But I don’t like to think of it like that. I am not trying to lure someone into getting to know me. I am simply trying to give back to the world a gift that was given to me. To solve someone else’s pain in a way that I have found helps to soothe my own. To encourage someone else’s life story with the story of how I found a lantern of faith in the depths of the dark.

Personal purpose is so much more than a tool to promote oneself. It is personal, which means it is built brick by brick from the very real, very personal parts of your life’s story. It has threads to weave and dots to connect between the challenges you’ve faced, the pain you’ve endured, and the beauty you’ve excavated from the ashes.

The reality is that our professional lives are hungry for meaning. We want to work and make a difference in what we do every day. But how do we know what it is we are truly contributing to the world? How can we say with absolute clarity what our purpose is, what we are meant to give back?

The best way to know for sure is to know your story. To know the shape of your narrative: how you moved from seeing yourself in one way to seeing yourself as the person you are today, and all the little fissures and fractures in between.

Writer Natalie Goldberg gives perhaps the best advice for finding your story: “Write what disturbs you, what you fear, what you have not been willing to speak about. Be willing to be split open.”

The last part is my favorite: “Be willing to be split open.”

And yet, to live our lives is to be willing to be split open. Because all of life carries moments that fracture us, split us open, and allow our courage and our grace to stitch us back together again.

Maybe, like my sister, you have all of this resistance inside of you. Maybe you are resisting discovering your true personal purpose because your story is hard, or maybe because your story is full of blessing. Maybe you feel shame, or fear, or any other combination of difficult emotions. But the willingness to try to find it far outweighs the feeling. To be split open is to live fully, live vulnerably, live truthfully to who you are and who you are becoming.

“All of life carries moments that fracture us, split us open, and allow our courage and our grace to stitch us back together again.”

And while I didn’t go away entirely, I wasn’t the same. In some ways, that was the scarring of the experience. In other ways, a small blessing in disguise. A subtle hiatus, the time I didn’t engage with social media, during which I turned to other pursuits off the screen. I spent time in books, gardening with my parents, plucking away (poorly) at an acoustic guitar.

Surprisingly, this entire experience gave me gratitude for life on the “sidelines” of social media, so that I could step back into the sphere after I had healed and made myself whole again.

Because during those years of fear, I strengthened myself by faith, relied on my creativity to soothe my pain, and discovered I could find healing one day at a time. I lived out my personal purpose: to support those who feel far from God, by transforming their grief into art, so they may feel more holiness and less absence.

My life’s story became my purpose.

And your story will be yours.