From the barrio to author, speaker, and more.

Robert Renteria rose from humble beginnings to become a CEO. Along the way, he saw people from his same neighborhood suffer and die because of drugs, gangs, and violence. Robert had been down the same path but he had gotten out—he’d joined the military, pursed education, changed his life. He knew it was possible and he wanted to share that journey with kids who needed to hear about the possibilities. 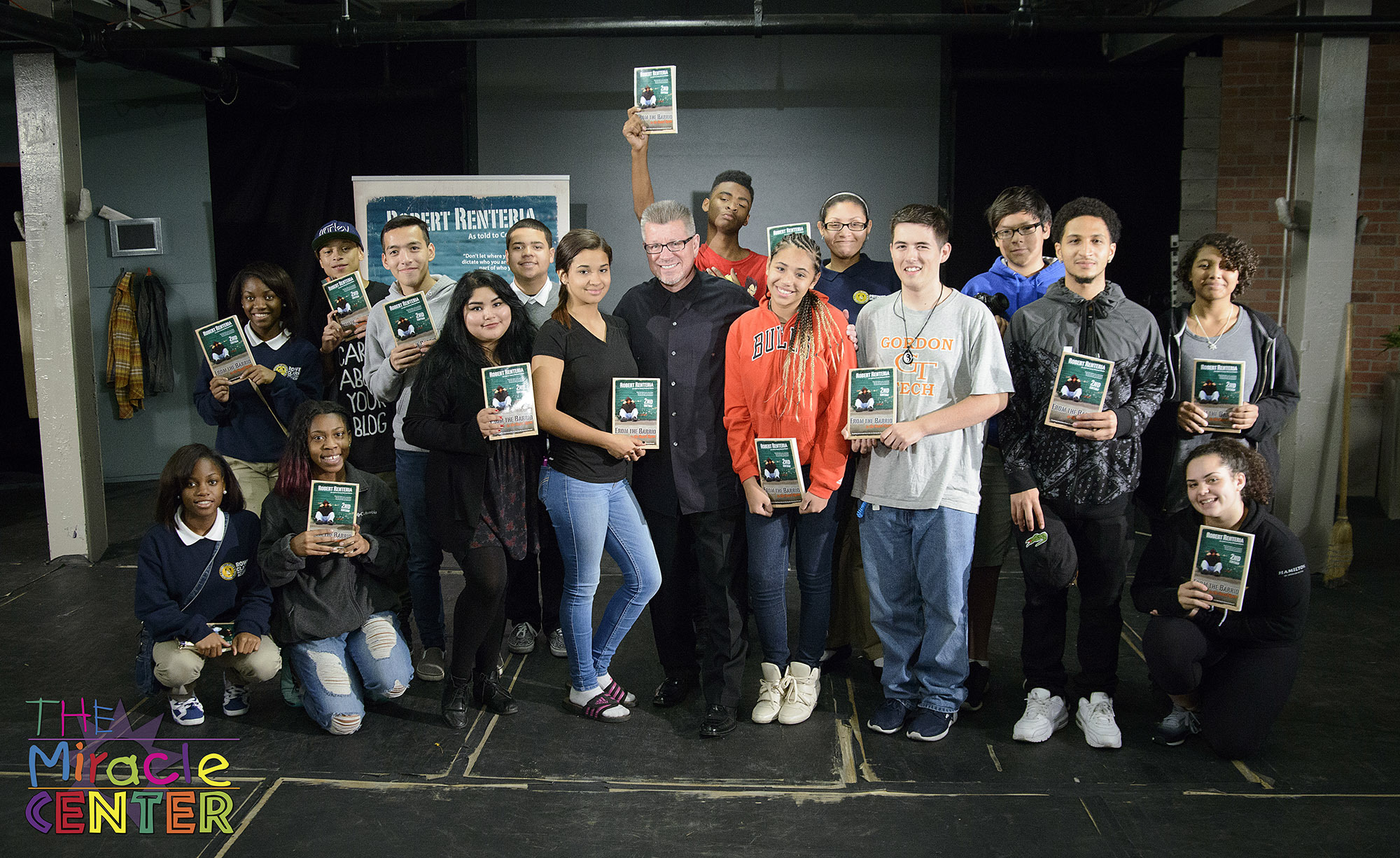 To make an impact, Robert’s story had to be fun—as fun as big-budget movies that celebrate violence and the gang life. He also needed to connect with his audience, including kids who were still learning English.

Robert worked with RTC to create his high-octane book From the Barrio to the Board Room in English and Spanish. The team helped him create The Barrio Foundation, a non-profit organization. The cover for the book, created by RTC artists, became the touchstone for marketing Robert’s speaking, foundation, and related projects. But Robert wasn’t done. He realized he needed to reach kids in school, so he worked with RTC to create curriculum for the classroom. Based on teacher feedback, Robert returned to RTC to create another book, the Mi Barrio comic book for younger students, and the Little Barrio coloring book.

Robert’s books are now being taught in classrooms across America and in 25 countries internationally and are used in probation services, juvenile detention centers, jails and prisons, counseling and social services, homeless shelters, battered women’s shelters, substance abuse programs, churches, corporations, and youth programs. He provides the curriculum to schools and youth organizations at no cost and trades books for weapons and alcohol. He is fulfilling his mission by spreading the messages of hope, education, and that obstacles can be overcome. The comic book has been read by over 50,000 students and won bronze at the Independent Publishing Book Awards and an award at the International Latino Book Awards, as well as being selected as a finalist at the International Book Awards.

Robert’s book was the start of an exciting journey.

He left his corporate position and devoted himself to working full time with youth at risk.

In 2011, Robert became the first Latino to receive an International Outstanding Humanitarian Award for education and world peace. A year later, Mi Barrio was honored as the best comic book in Latin America, Spain, and the United States for promoting youth issues.

In 2013, Robert was the first Latino to receive two National Dr. Martin Luther King Jr. awards and three years later From the Barrio to the Board Room was turned into a play in Chicago, where, appropriately enough, it was produced by inner city youth.


Since publishing the book, Robert has gone on to speak at TEDxNaperville (TEDx Talk), Northeastern Illinois University, Boeing Corporation, and hundreds of other venues. International recording artist Max-A-Million created a song based on Robert’s story and RTC helped Robert create a TV pilot trailer.

In 2018, Robert signed with Avenida Productions to create a movie based on the comic book.

In 2019, Robert spoke at the LULAC National Convention alongside speakers such as Elizabeth Warren and Bernie Sanders. That same year, he was awarded an International Honorary Doctorate Degree for his work with youth—a journey which began when he wrote his first comic.

Throughout these years—and still!—Robert has received more accolades for his mission than we can list. From the Barrio to the Board Room